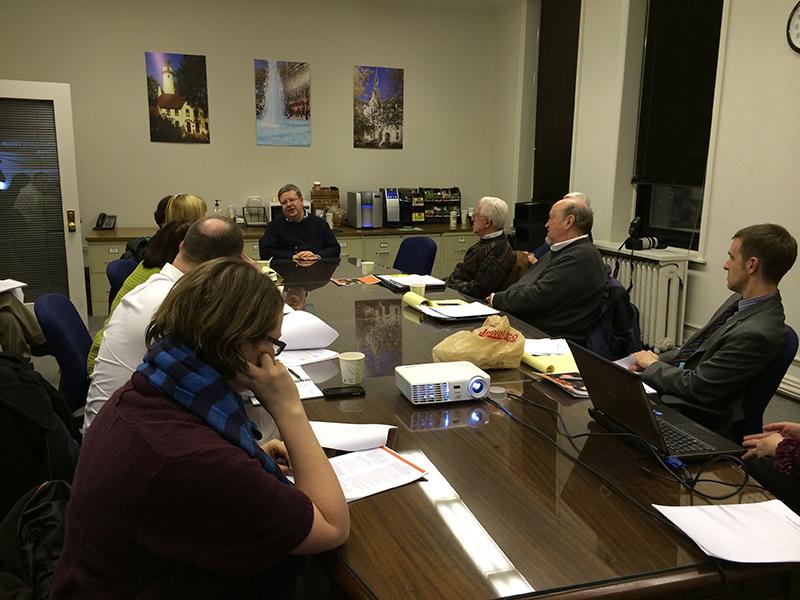 The Downtown Performing Arts Task Force started its search and evaluation Thursday night of possible locations for an arts center.

The group, which will explore the feasibility of a downtown arts center, met for the first time Thursday night since it was created in January. It consists of nine Evanston residents who share “a passion for the arts,” Evanston cultural arts coordinator Jennifer Lasik said. They include representatives from the Evanston Arts Council, local performing arts groups and downtown businesses.

City manager Wally Bobkiewicz met with the committee to relay to them what Mayor Elizabeth Tisdahl and the city wanted from the task force.

“A downtown arts venue makes sense,” Bobkiewicz said. “The question is ‘what?’ There’s no predetermined outcome. It’s just clear we have to do something.”

In July 2013, Ald. Mark Tendam (6th) suggested looking for a downtown space when the Piven Theatre Workshop expressed the desire to double its space in the Noyes Cultural Arts Center, its current location. Other tenants, who consist of visual and performing arts groups, were concerned about being pushed out of the center. Tendam said a downtown location would resolve the issue.

The task force reviewed the two most recent studies of the Evanston arts scene — one done by the National Endowment for the Arts and the other by EvanstARTs. Both studies concluded there was a need for a downtown venue to accommodate the art groups already in Evanston.

The NEA study presented 24 sites in downtown Evanston as viable properties for the committee to look at. Paul Zalmezak, the city’s economic development coordinator, said the task force’s issue didn’t lie in finding space downtown for an arts building. Instead, he said, the committee had to focus on the practicality of the site from an economical standpoint.

Bobkiewicz advised the committee that Northwestern “isn’t looking to be a major player” in a downtown arts site. With the construction of the new Music and Communication Building and the existing on-campus performing arts buildings, Bobkiewicz said NU didn’t need additional space and didn’t want to invest in any major developments.

Bobkiewicz told the task force members not to limit their search for a venue and to review a wide breadth of sites.

“I encourage you to think as broadly as you’d like,” he said. “If we have something that’s real, we’ll find people who want to talk with us.”

Lasik said the task force aimed to present a plan to City Council in less than six months. In moving forward, the committee will continue to research the various sites as well as explore what cities similar to Evanston have done with the performing and visual arts.