Where Are They Now: Tia and Tamera Mowry 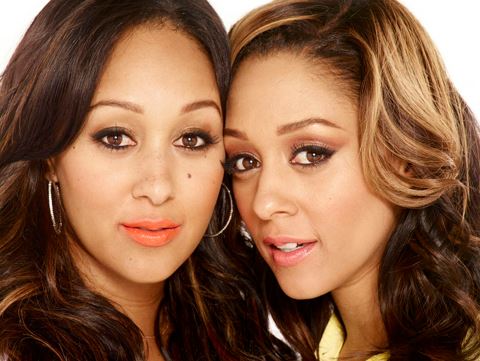 Tia and Tamera Mowry stole our hearts in their hit TV show, “Sister, Sister,” back in the ’90s, as twins separated at birth who later reunited at the mall and started living together with their respective adoptive parents. In reality, the twins were not separated at birth — Tia popped out two minutes behind Tamera, and the two have been inseparable ever since.

In true Kardashian tradition, Tia and Tamera are sisters to brothers Tahj and Tavior. You may remember Tahj as Michelle Tanner’s super cute BFF on “Full House” back in the day or from one of his cameos on “Sister, Sister.” You probably don’t know Tavior unless you go to University of California, Davis and watch him play football.

When “Sister, Sister” ended its five-year run in 1999, the twins continued to thrill us with “Seventeen Again.” No … not the one with the ever-steamy Zac Efron. Even if “Seventeen Again” doesn’t ring any bells, you’ll definitely remember “Twitches” and “Twitches Too,” where the sister act played, yet again, twins separated at birth. Except this time, (spoiler!) they were magical.

After those Disney Channel classics premiered, the Mowry sisters started to fall off the radar a bit. Tia starred in the BET series “The Game” for some time, while Tamera did … I don’t know what. When twin separation anxiety became too much to handle, the girls reunited in their reality show called “Tia & Tamera.” I really can’t fathom how they came up with that incredibly creative name.

Sticking with the Kardashian theme, Tia and Tamera do essentially nothing but gossip on lunch dates. Also, both twins are now married with kids, which is really weird. Wow, I feel really old.