Fran’s brings popular dishes back to the menu 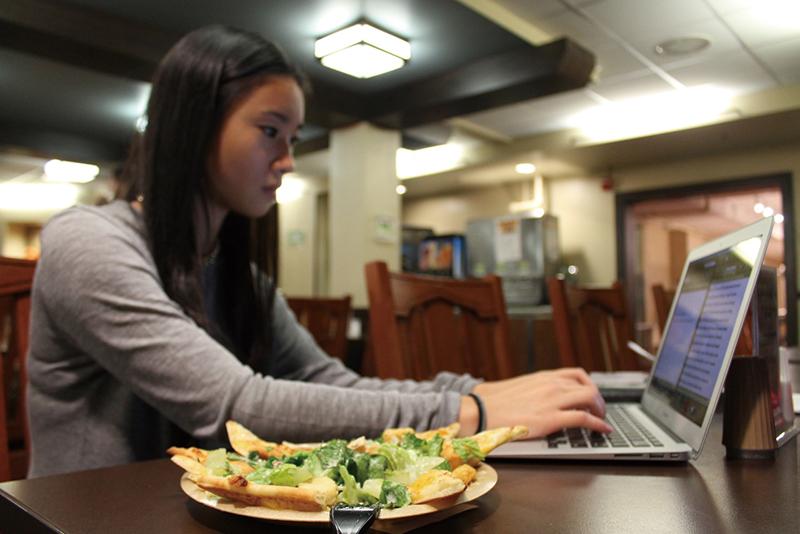 Popular menu items are returning to Fran’s Cafe in Willard dining hall. The dining spot cut down a number of options last fall.

With six new items and a redesigned menu, Fran’s Cafe hopes to increase traffic this quarter.

“Not only were we updating the menu based on recommendations from students and our staff and what items were most popular and what were doing well, we also wanted to do a redesign and kind of refresh Fran’s and bring a new look to it,” said Rachel Tilghman, marketing manager at Sodexo.

The burrito, Asian noodle salad and sliders were all items that were taken off the menu Fall Quarter, which disappointed many students.

Fran’s went through a few changes in the fall. NuCuisine cut Fran’s Friday night hours, citing low traffic. Multiple Fran’s workers confirmed they lost working hours after the cut. Some employees, including popular supervisor Bruce King, were transferred to the dismay of some of regulars.

(Students upset over changes to Fran’s)

Tilghman said there are plans to add some late-night activities to Fran’s.

“Willard is personally one of my favorite places to sit, relax­ – but also draw the late night crowd,” she said. “I know we have Lisa’s on North Campus so kind of having the alternative down in South Campus. We’d also like to ramp up some options. Some things we’ve talked about are doing, like, game nights where we have board games and stuff like that.”

“I think we need to get those out in front of people a little more,” she said. “People just need to know what we have on the menu and introduce back to them again.”

Tilghman added that the menu always has moving parts.

“With any menu in any restaurant, you want to try some new things,” she said. “We think, especially Fran’s being really well-known for their milkshakes, it’s a little cold outside for some milkshakes, so adding the new menu items back in the Winter Quarter was hopefully an alternative for students.”