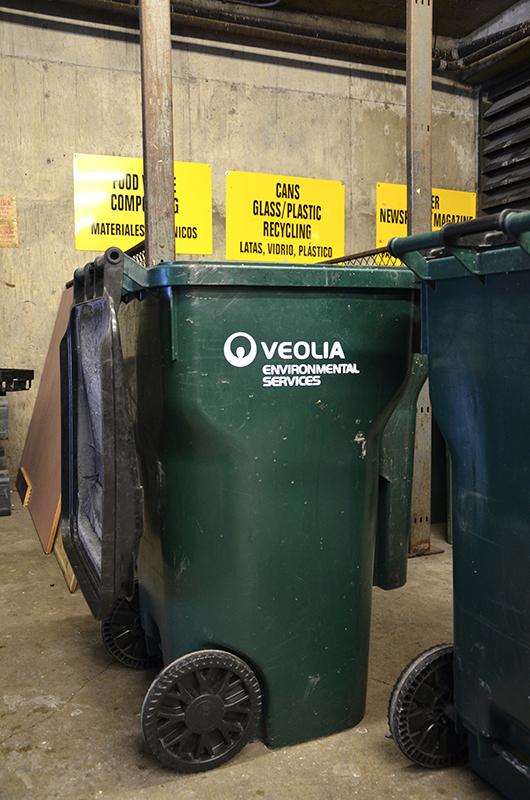 Waste disposal in Cook County is going to face stricter regulations. The Cook County Board passed a new ordinance this month that increased the monitoring of waste and recycling facilities.

Cook County passed a solid waste and recycling ordinance this month, allowing for increased inspections and monitoring of recycling and waste facilities.

“Evanston’s pretty aggressive and … has had a long standing recycling and waste management program,” Evanston Sustainable Programs Coordinator Catherine Hurley told The Daily. “We had a lot of really great programs in place already.”

The Solid Waste and Recycling Ordinance focuses on accountability. Under the ordinance, data will be collected on waste and recycling, landfills will see increased inspections and recycling facilities will be regularly monitored, Cook County communications staff said.

“(SWRO is) bringing us all around to the 21st century,” Cook County Chief Sustainability Officer Deborah Stone said.

Stone said SWRO will not change anything locally in towns like Evanston about how the city picks up its garbage or runs its recycling. Localities will still be able to make those decisions. There will be more focus at the recycling and waste facilities themselves, Stone said.

There were also high instances of illegal fly dumping in Cook County, Stone said. Fly dumping is the illegal dumping of any waste material on public or private property, according to the Illinois Environmental Protection Agency’s website. Under SWRO, people or companies caught fly dumping can be prosecuted and would likely face fines, Stone said. However, Stone noted the county is not trying to issue a lot of tickets, but rather guide people “to do the right thing.”

Stone added that people who witness instances of fly dumping can contact the Cook County Department of Environmental Control. The facilities will also be monitored more regularly in an attempt to combat illegal activity, Stone said.

Hurley, who works with the city government and the community to implement Evanston’s climate action plan, said Stone came to the Evanston Environment Board to inform them about what the county was working on.

Even beyond SWRO, Hurley said Evanston has a number of recycling programs in place. She added that there are ways for individuals to help the recycling effort.

“There’s lots of opportunities for people to help divert recycling and materials that can be reused from waste in the landfills,” Hurley said. “Looking for every opportunity in daily life is important.”

Stone said the ordinance was introduced in September with input from the recycling industry. The other organizations that contributed to the crafting of the ordinance added amendments to the legislation, such as excluding “publicly owned waste facilities” and delaying the time for waste haulers to report data for a year, according to a county news release.