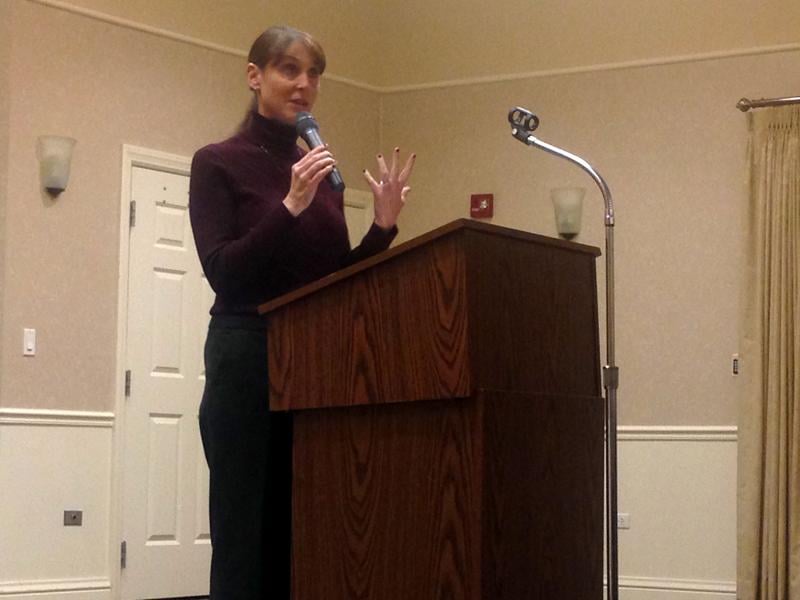 City manager and acting township supervisor Wally Bobkiewicz gave general information about the upcoming referendum to dissolve the township. He noted elected officials could not advocate for the measure at public meetings.

The township, an organization that provides general assistance for residents, shares the same boundaries with the city of Evanston and is up for possible dissolution on the March 18 election.

Resident Frederick Hess asked about the township’s total budget and sources of money. Bobkiewicz said over the last few years the budget has been about $1.2 million to $1.3 million and added that the funds were raised locally.

“The problem is, we have spent ourselves into a hole over these past years and now we are trying to make up for it,” she said.

Fine also discussed a group advocating for “Pay it Forward,” a program that would allow college students to wait to pay for their education until after graduation. A portion of their income would be placed in a fund for future students.

Near the end of the meeting, 6th Ward resident Sigrid Pilgrim discussed a “lakefront protection ordinance,” a draft proposal some organizations created in light of the Harley Clarke Mansion situation. The proposal would leave the lakefront for Evanston residents, instead of commercial uses.

Spells also discussed “confidence scams,” door-to-door crimes in which people representing fabricated companies visit homes. The impostors try to get residents out of their homes long enough so another person could enter and take valuables.

Editor’s note: This story has been updated to clarify city manager Wally Bobkiewicz is not an elected official.