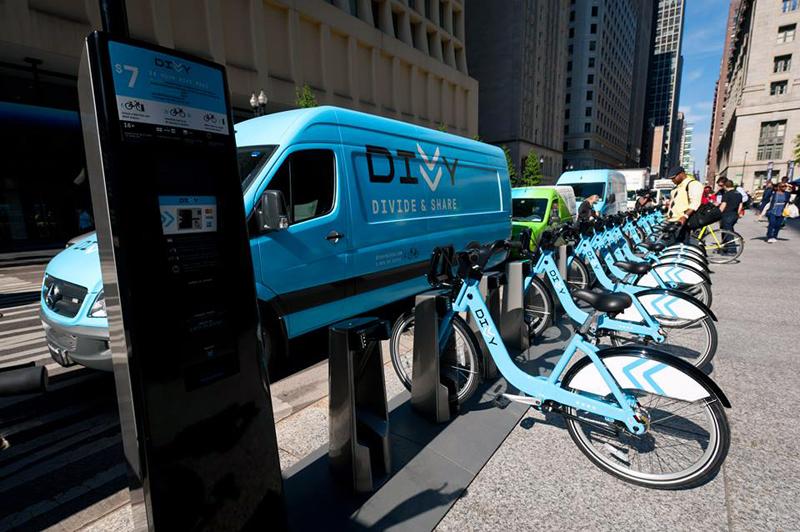 The Chicago Department of Transportation announced plans in November 2013 to bring bike-sharing service Divvy to Evanston. The future of Divvy’s expansion to Evanston became uncertain after Divvy’s Montreal supplier filed for bankruptcy Monday.

The future for 75 new stations in a Chicago bike-sharing program, which has plans to expand to Evanston, is uncertain after the program’s supplier filed for bankruptcy Monday.

Divvy launched in Chicago in June and has 300 stations throughout the city with over 3,000 bikes in the system, according to PBSC’s website.

Evanston aldermen gave their permission to City Manager Wally Bobkiewicz in September to apply for a state grant to attract Divvy to expand to the suburbs. In November, the Chicago Department of Transportation, which owns Divvy, announced plans to apply for $3 million in state grants to add 75 new stations, with some in Evanston and Oak Park, Ill.

Bobkiewicz expected to hear about the status of Divvy’s expansion to Evanston this month. He said Tuesday he had not heard any updates in light of PBSC’s bankruptcy. Catherine Hurley, Evanston’s Sustainable Programs Coordinator, said in an email she plans to reach out to contacts at the City of Chicago for any new information on Divvy’s expansion.

Giguere said PBSC will sit down with representatives from the city of Montreal in the coming days to determine the company’s future projects.

“We’ll cross that bridge when we get there,” he said.

“Our systems across the country — in New York City, Chicago, Washington, D.C., Boston, the Bay Area, Columbus, Ohio, and Chattanooga, TN — are up and running and ABS will ensure that they continue to operate without interruption,” the company wrote in a statement.