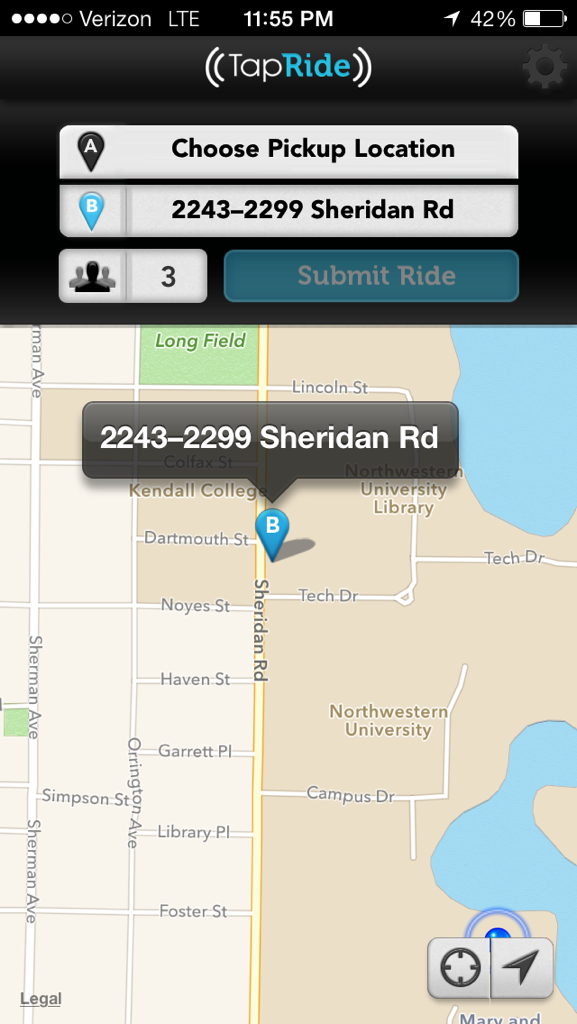 Students will now be able to request SafeRide pick-ups through TapRide, an application being designed for Northwestern's Evanston campus. The app, originally developed for University of Florida, will notify the students when the drivers have accepted the request and when they have arrived at the pick-up location.

The long wait times that accompany SafeRide services may now be a thing of the past, SafeRide Coordinator Bernard Foster said.

At Associated Student Government’s weekly Senate meeting Wednesday, a new smartphone application for Northwestern’s taxi-like transportation service was introduced. Foster said the app aims to make the process of getting a ride easier and faster.

“We want to make it more efficient,” Foster said. “It can be a hassle … to get through to a dispatcher.”

The app, called TapRide, was originally developed for the University of Florida. But, with some help from Northwestern University Information Technology, Foster said the app is being designed for NU’s Evanston campus and is slated to launch in early February.

Users select pick-up and drop-off locations on a virtual map and TapRide alerts available drivers in the area. Once a driver accepts the request, the app notifies the user. An estimated time of arrival is given, and the user is sent a notification when the driver gets to the pick-up spot.

“There’s so many things that this program can do for us,” Foster said.

Through the development stages, SafeRide has designated several riders per night to use the application. So far, Foster said, the results have been positive and promising.

McCormick freshman Jake Heggestad, who has never used SafeRide before, said the potential for shorter wait times makes him more likely to use the car service.

“I hope that SafeRide will be more reliable,” he said. “I know it’ll be there.”

Yet some more seasoned SafeRide users expressed apprehension about the app and its capabilities. McCormick freshman Adam Jalali has often had to wait for long periods of time for SafeRide to pick him and his friends up. He said he doesn’t think that will change even with the introduction of the app.

“Everyone’s going to be using (SafeRide) more, so the wait will be even longer,” he said.

Foster said even with the new application, the ability to call SafeRide will still be an option for cases in which the application fails or users do not have access to the app. The app will be available to those with Apple and Android phones.