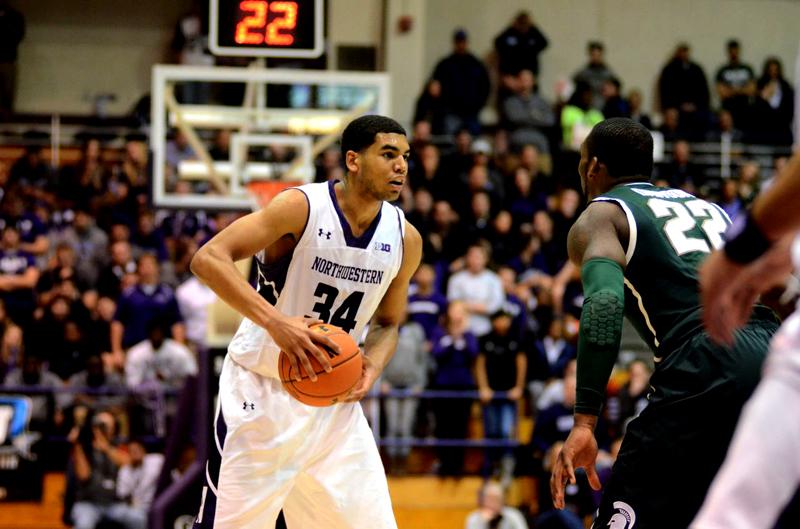 It’s been a season of change for Northwestern.

New players have stepped up, such as junior guard JerShon Cobb, who is finally seeing the court after injuries and a suspension robbed much of his first two seasons. There’s also redshirt freshman Sanjay Lumpkin, whose energy and effort have been a bright spot in a tough conference season.

Perhaps the biggest change has been the Wildcats’ (8-10, 1-4 Big Ten) shift in style. After years of mastering the Princeton offense, NU has adopted a more open offensive system, and the long adjustment period has resulted in poor shooting numbers for much of the season.

But amidst the offensive struggles, the Cats have adopted a new identity: one of a tough-as-nails defensive squad.

“Give (coach) Chris (Collins) credit, I think he’s gotten guys to play hard,” Michigan State coach Tom Izzo said of the new NU after the Spartans won Wednesday night. “They remind me of some of my early teams. They just check you, they’re very tough.”

The adoption of the defensive mentality grew from meetings after the Cats’ loss to Iowa, when Collins realized that slowing down the game and holding down opponents would give his team the best chance to win.

The results have come quickly.

In NU’s upset over No. 23 Illinois, the Cats held the Fighting Illini to only 43 points. Against the No. 4 Spartans, NU surrendered 54 points, with a magnificent defensive first half giving way to the talent of Izzo’s team.

Advanced statistics back up Collins’ claims of his team’s new style of play.

The improving defense will be put to the test against a solid Indiana (12-5, 2-2) squad on Saturday. The Hoosiers, rebuilding after losing some stars to the NBA, still feature three competent scorers in Yogi Ferrell, Noah Vonleh and Will Sheehey. All three average more than 10 points per game.

NU’s offense, however, still has a long way to go to catch up on the other end of the court.

The Cats haven’t scored more than 50 points in a winning effort since defeating Brown on Dec. 22. All of NU’s Big Ten losses have been by double digits.

Sobolewski’s time on the court has been tough this season, but the Cats could surely use the depth he provides.

On Wednesday night, Collins only used seven players for the whole game and admitted that NU looked fatigued down the stretch. Cobb has filled in at point guard in Sobolewski’s absence, but he too struggled with shooting on Wednesday.

Sophomore guard Tre Demps has seen a lot of time at point guard and he led the team with 12 points against Michigan State.