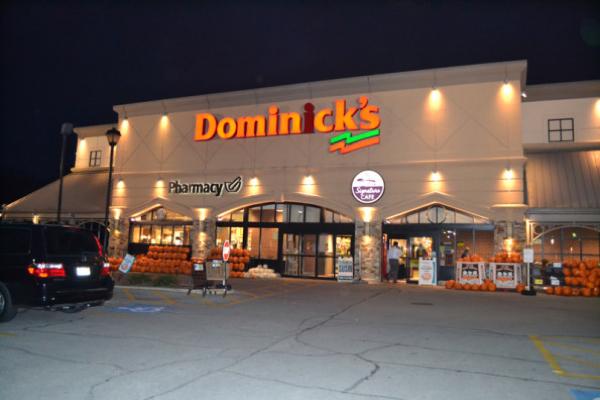 Both Evanston locations of Dominick's grocery store closed Dec. 28. The city announced Monday it is creating a committee to address the two vacancies.

All branches of the Chicago area chain, which included two in Evanston, were closed by Dec. 28.

In addition to Tisdahl, the committee will include Alds. Peter Braithwaite (2nd) and Jane Grover (7th), staff from the city’s economic development division, the property owners of the retail spaces and two residents from each neighborhood with a vacancy, the city said. The stores in Evanston were located at 1910 Dempster St. in Evanston Plaza and 2748 Green Bay Road.

The retail space on Green Bay Road is no longer listed as an available property by Safeway, Inc., which owns Dominick’s, the city said in a news release. The space at Evanston Plaza is still available.

“We are told that interest exists from locally-based independent grocers that are interested in accessing the Evanston market,” said Scott Inbinder, principal of the group that owns Evanston Plaza. “Filling the vacant Dominick’s space is key in our work to revitalize Evanston Plaza and we appreciate the support that has been provided thus far by the city,” he said in the news release.

Tisdahl said she was “confident” the committee would bring new business to the area.

“I was hopeful that we would have had resolution to what would happen to the Dominick’s locations prior to December 28, 2013,” Tisdahl said in the release. “The closing of those stores was a disappointing time within our community. Unfortunately, we have not seen these two locations filled and I believe we must work together to fill these two key locations.”