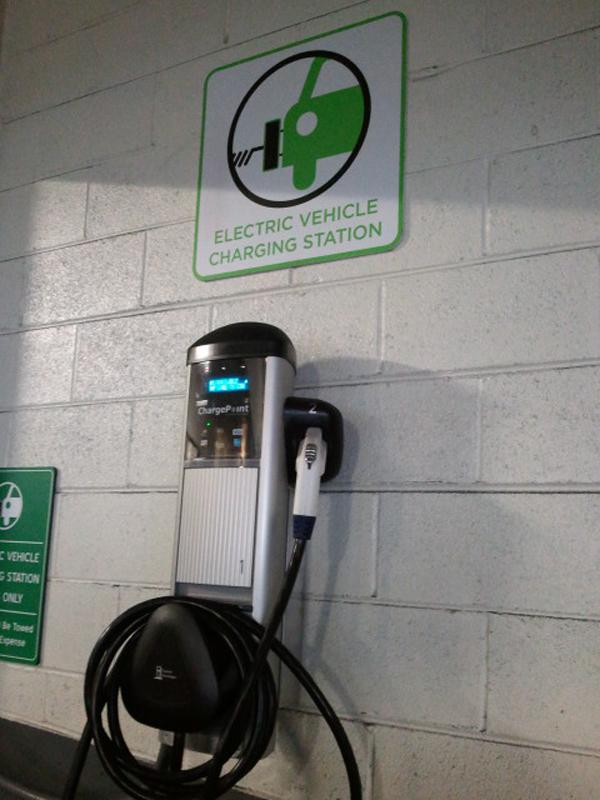 A new plug-in electric vehicle charging station will be installed at the Maple Avenue parking garage within the next two months. Currently, there are three public charging stations in Evanston.

The Maple Avenue parking garage in downtown Evanston will have a new plug-in electric vehicle charging station within the next two months.

City manager Wally Bobkiewicz asked staff to install a public PEV station at the garage, and the Transportation and Parking Committee approved the request last year. The charging site will be located on the garage’s ground floor of the garage for public use.

“There’s an increased interest in folks reducing emissions,” said Catherine Hurley, the city’s sustainable programs coordinator. “Plug-in vehicles are becoming more popular. It will be good for visitors and tourists as well.”

Evanston’s newest PEV station is due in part to a relationship between the city and the nonprofit Alternative Transportation for Chicagoland, Hurley said. The city has received bids from several contractors to create the Maple Avenue station and is in the process of finalizing a contractor and an installation schedule, she added.

“Anything that can serve the community is always a plus,” said Rickey Voss, parking and revenue division manager. “It will not only benefit Evanston, but it will benefit anyone who needs to charge their vehicles.”

The project, including equipment and installation, will cost approximately $15,000, according to city documents. However, installing a PEV station makes Evanston eligible for a rebate of up to $7,500 from the Illinois Department of Commerce and Economic Opportunity.

McCormick Prof. Mark Werwath, who assisted with the study, said the installment of the Maple Avenue charging station is “a great step forward.”

“I would say the city should install one in all the garages,” Werwath said. “I still think it’s a good idea for the city to embrace electric charging as much as they can.”