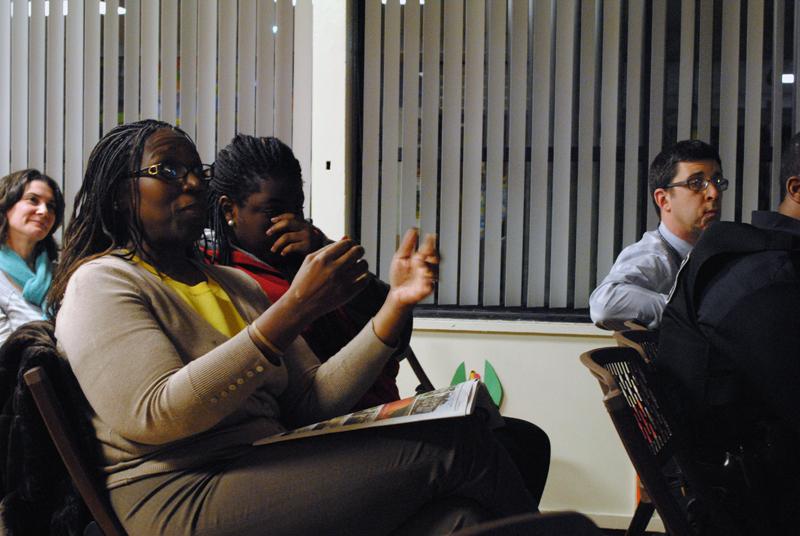 At a 5th Ward meeting, Tisdahl floated the idea to about 20 people at the Fleetwood-Jourdain Community Center, stressing the need for creating a better perception of safety for students traveling to and from the high school. She also cited a survey that reported one-fifth of students feel unsafe going to and from ETHS.

The security cameras would line Dodge Avenue from Howard Street to Simpson Street and Church Street from McCormick Boulevard to Ridge Avenue, Tisdahl said. City Council plans to discuss adding the cameras to what she called “east-west, north-south safe corridors” in December and may apply for a grant from the Cook County Department of Homeland Security and Emergency Management in January.

“We’re first in line for a pot of money that does not exist,” Tisdahl said.

The mayor’s announcement comes after City Council tabled a proposal to expand the so-called “safe school zone” around ETHS to the sidewalks across the streets from it. In the zone, police would be able to arrest anyone and charge them for criminal trespassing if they have been asked to leave and disobey or return.

Ald. Delores Holmes (5th) said she plans to maximize the intensity of lights that are already in her ward.

A resident brought up privacy concerns regarding the proposed additional cameras, but ETHS student Brandi Efiom defended them, saying they could improve safety in ETHS. She said fights sometimes break out while she practices soccer at ETHS, and she is unsure whether to call police. The brawls happen more often inside the school than outside of it, Efiom told The Daily after the meeting.

“I feel a lot more comfortable knowing there are cameras there,” Efiom said during the meeting.

Her mother, Patricia Efiom, said because she completed the Citizen Police Academy, a citizen education program, she believes the security cameras do not invade privacy. The security cameras in downtown Evanston, for example, are not intrusive, she said.

Despite the anti-violence message throughout the meeting, it was interrupted at its beginning by a dispute near the community center, 1655 Foster St. Several officers already attending the meeting went outside to see what was going on, and the doors were locked.

At the meeting, detective Michael Endre from the Evanston Police Department gave residents a presentation about gangs in Evanston. He characterized current gangsters as more disorganized and younger than in the past.

Social media such as Facebook, YouTube and Twitter have given gangsters a convenient platform to launch attacks on their enemies, Endre said. Brandi Efiom agreed with Endre, saying she has seen ETHS students post threatening messages through social media.

“A lot of homicides right now are emerging from personal disputes,” Endre said. “You have younger and younger kids feeling they need to exert themselves.”