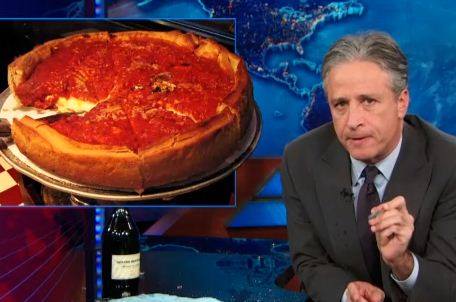 Last week “The Daily Show” host and New Yorker Jon Stewart began quite the uproar when he expressed his dislike for Chicago-style pizza: “Deep dish pizza is not only not better than New York pizza. It’s not pizza.”  In case his point was not already clear, Stewart went on to argue, “This is tomato soup in a bread bowl! … When I look at your deep-dish f—ing pizza, I don’t know whether to eat it or throw a coin in it and make a wish, and if I made a wish, it would be that I wish for some real f—ing pizza!”  Daily staffers give their opinion on the pizza debate:

“Nobody ever argues about flatbread.” — Mackenzie Broderick

“Deep dish, get inside me.” — Tanner Maxwell