Mallazzo: Learning how to walk with Pope Francis 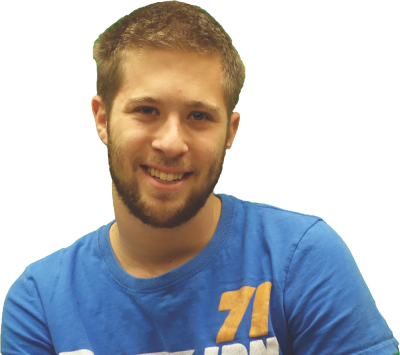 For those of you who don’t count yourselves among Pope Francis’s more than 3.2 million followers on Twitter or haven’t been following the excellent subculture of papal Tumblr memes, it might come as a surprise that Francis has become the most talked about person on the Internet. That’s right folks, the Roman Catholic Church has claimed back the Internet from Miley Cyrus and grumpy cat. There are more people interested in what the Pope tweets than what the fox says.

This has all happened simply because Francis has made an effort to “get” us. This is a pope that has posed for selfies with Italian teenagers. This is a man who believes youth unemployment is the greatest scourge affecting our planet. One day on any college campus is all you need to understand the palpable fear of postgraduate joblessness wrapped around the collective conscious like an anaconda slowly sucking the life out of its prey. For young people in many European nations, the situation is far more tumultuous as youth unemployment in Spain and Greece has quietly slipped above 50 percent.

Growing up, millennial Catholics watched as the loving message of Christ was spun as a bastardized crusade against a couple of hot-button issues — namely gay marriage — which Quinnipiac polls show the majority of U.S. Catholics support. Francis himself said it best when he noted that young Catholics “loved Christ, but not the Church.”

It left many of us wondering what it meant to be Catholic, questioning our faith in the formative years of our lives when we yearned to lean on it most. Although Francis certainly has staunchly upheld church doctrine on controversial issues, he has reframed the discussion, reminding us that our faith still values love above all else.

However, none of this would have been possible if not for the unprecedented actions taken by Pope Benedict XVI. Facing failing health, Benedict exercised the ultimate humility in stepping down from his post for the betterment of Catholicism as a whole. To understand the magnitude of this casting aside of ego and power, we need look no further than Rob Ford, the mayor of Toronto. Ford refuses to step down even as he admits to puffing the crack dragon and faces allegations of drunken driving and bringing hookers into the mayoral office.

From kissing a man covered with boils to holding a jovial news conference on a plane, Francis has taken the church out of its ivory tower and worked to connect it with its 1.2 billion followers around the world.

Catholic or not, we can all learn a great deal from the message the Pope is preaching.  As we immerse ourselves in personal motivations, we have forgotten our call to family, community and participation in a world far greater than our own.  Somewhere in the stressful tedium of overzealous ambition, we have neglected to care for our fellow students.

Perhaps it must start, as ASG president Ani Ajith suggested two years ago, simply by looking up from your iPhone to smile and greet the student walking past you on Sheridan Road.

One day, as Francis left his abode in Vatican City, he came upon a bishop waiting for his limousine. The pope simply smiled and uttered, “Can’t you walk?” Though we might not have limousines, we often live our lives waiting for “drivers” to shuffle us from one obligation to another, oblivious to the larger community around us.  Maybe this campus would be a better place if we too could just learn to walk.

As I move on to bigger and worse things, I hope you stay classy always kitty cats. Mallazzo, over and out.