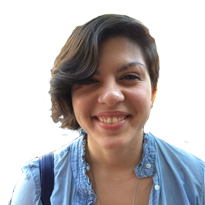 On my way to work this morning, I found out that two more Northwestern students had committed suicide this week. Well, “former Northwestern students,” but it’s no surprise that people with mental health issues at some point found there was no room for them at NU. Right now, I am angry. I feel furious and guilty for somehow convincing myself that things had gotten better as a consequence of the last four years of suffering and death. I thought we’d learned something. But apparently that’s not the case. How many more students have to die — or hurt themselves, or have week-long anxiety attacks, or lie to everyone they know so they won’t be kicked out of school, but the pressure becomes too much and before they realize it, they’re considering suicide — before significant efforts are made to take care of us? With every new initiative announced, building constructed and staff member hired over the last four years, I thought we were at least getting close. But these most recent deaths prove that I was wrong.

CAPS saved my mind, if not my life, and I am grateful every day for the work my providers there did to help me through the hardest parts of my NU career. But they simply don’t have the resources to provide that kind of care to every student who needs it. I shouldn’t have to feel selfish for accepting that care when I know there may have been others who needed it more. I shouldn’t have to second-guess the motives of a University organization that broke its own highly-touted rules to keep counseling me for twice as long as permitted. (I saw providers at CAPS weekly for much of my last two quarters in school. The usual limit is 12 sessions.) Yet here I am, alive, wondering if I deserved to be on this growing list of names instead of Alexis, or Caleb, or Dmitri, or Alyssa, or Rebecca.

I have been involved in mental health issues on campus from many sides — as a sufferer, a caretaker, a journalist, an activist and a helpless bystander. But it has been my work as a journalist that has most illuminated the situation for me. Speaking with top administrators as well as the students who bravely share their stories with reporters, I have realized where the disconnect lies: NU does not see its students as adults capable of having serious adult problems and handling them in serious adult ways, particularly not through suicide. And if suicide is a thing a student is considering, University officials firmly believe the best place for that struggle to happen is as far away from campus as possible, preferably under parental supervision. Because that’s what you do when a child is struggling in school: You send them home to their parents. Even when that child’s biggest fear is of failing at a school that has assured them they are among the best. For administrators, it is the right thing to take those students and say, “We’re sorry. We messed up. You aren’t one of the best like we thought — at least you aren’t now, and we don’t have the time or energy to turn you into one. Go home and see if you can’t be a little better, and then maybe we’ll think about letting you come back.”

This is not to say that the administrators I’ve talked to don’t care if students kill themselves. I’m sure that when they hear, they get that same feeling in the pit of their stomachs, feel just as sick as the rest of us to realize how seriously they have failed yet another young adult. But they have a fundamental lack of understanding of how students operate and what forms their issues take. They see their roles as our educators and caretakers, but that ultimately places us in a position as their subordinates. They forget that the huge sums of money we pay, the school pride we profess and the purple we don all put them in debt to us, not the other way around.

The NU administration owes its students more than just four years of classes and a piece of paper saying we’ve learned some things. We deserve respect and care for every part of our life while we are a student — because, let’s not forget, we quite literally put our adult lives on hold for the years we spend as students. We are preparing for adulthood, but we are not yet living it. School becomes the priority, and we build our lives around it. Shouldn’t NU resources be the counterbalance to that, reminding students that we are still people with lives and loves and worries to attend to? Isn’t that why we come to campus for four years rather than taking online courses or hiring private tutors? So we can get an enriching, whole-life experience that helps us better ourselves both academically and personally? That’s what I thought I was signing up for.

There are many problems that hit the desk of an NU administrator each day, and nearly all of them have easier, more immediate solutions than the issue of students’ mental health. And there will never be a day when every single Northwestern student is happy, well-adjusted, sleeping adequately, eating properly and spending more time with their friends than their books. With approximately three weeks of midterms and two more of finals each 11-week quarter, there’s just no way. But rather than telling struggling students that they clearly can’t handle the pressure, that they should just go home for a bit and try again later, I implore the University to stop seeing them as students. I want you, President Schapiro, to see us as people. And I want you to think about the worst possible thing you could say to a person facing their biggest fear. And I want you to stop saying it.

Kaitlyn Jakola (Medill ’13) is a former Daily editor in chief. She can be reached at [email protected] If you want to respond publicly to this column, send a Letter to the Editor to [email protected]