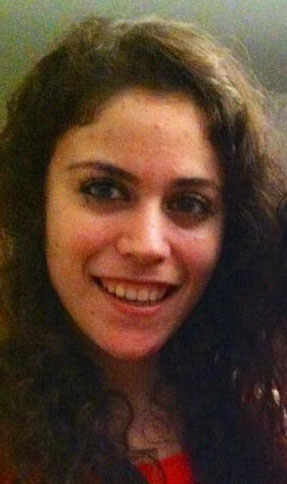 Lasker was pronounced dead on the scene at 3:28 p.m. Saturday in the 2500 block of West Fitch Avenue in Chicago, according to the Cook County medical examiner’s office.

University spokesman Al Cubbage said Lasker was last enrolled at NU during Fall Quarter 2012. She was a Communication junior at the time. Lasker’s boyfriend Amar Mehta, a Weinberg senior, said Wednesday that Lasker had been on medical leave from the university.

“She really valued her personal relationships with other people and was just so selfless in showing how much she cared,” Mehta said.

She is identified as a Quest Scholar on the group’s website. She had been studying Communication Sciences and Disorders as a member of the class of 2014, according to her Facebook page. She was also part of the Honors Program in Medical Education.

The University extended its condolences this morning to the family and friends of Lasker and Caleb Dayton, a former student who jumped to his death Tuesday afternoon in downtown Evanston.

“Although neither of them was currently enrolled at Northwestern, their absence will be felt and they will be remembered by their friends, fellow students and the Northwestern community,” Cubbage said in a statement.

Communication senior Eesha Zaheer, who met Lasker in their peer advising group, said Lasker was an enthusiastic student and even more outgoing friend. Zaheer recalled one day when she was walking with Lasker, and Lasker suddenly spotted her friends from her HPME group.

“Her face just lit up with excitement as she ran to hug all of them with her friendly energy,” Zaheer said in an email to The Daily. “Afterwards, she continued to tell me how much she loved her HPME friends and how happy she was to be a part of that group. I think this is how we will always remember Alexis — the girl who was a true and loving friend of the Northwestern community.”

Weinberg senior Anthony Chiodo lived with Lasker in the International Studies Residential College during their freshman year. He said he will remember his friend for her “intelligence and warmheartedness.”

“I have never met anyone who could breeze through classes and still have so much time to listen to a friend’s problems or randomly bake cupcakes for her dorm mates,” Chiodo said in an email to The Daily. “To live so selflessly and brightly were only a few of Alexis’ greatest qualities. The happiness and friendship that she gave me will be with me the rest of my life, and I hope that everyone at Northwestern will remember how great of a woman she was and also realize that we need to not only look out for our friends and family, but actively care and remind each other how much we are loved.”