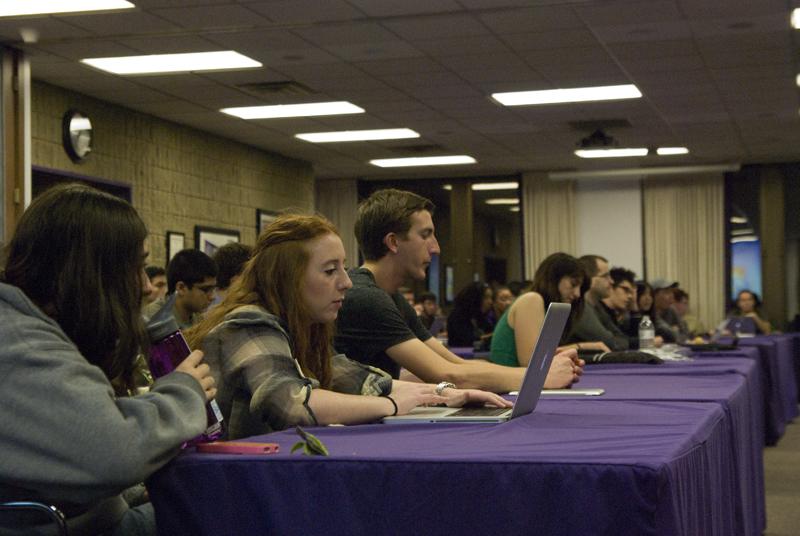 The Off-Campus Caucus will elect its own whip next week.

During the meeting, technology vice president Sheng Wu said the University has entered into negotiations with a major streaming service to replace NUTV.

“There is no replacement yet, although there are negotiations with one of the popular on-demand streaming services,” the McCormick senior said. “I can’t say more about that.”

Senators also heard a presentation by a new undergraduate student group, the Northwestern Science and Policy Action Network, requesting $50 from the ASG Project Pool to pay for food at an event it is holding. Senate will vote on the proposal next week.

Senate adjourned after half an hour in an unusually short meeting.