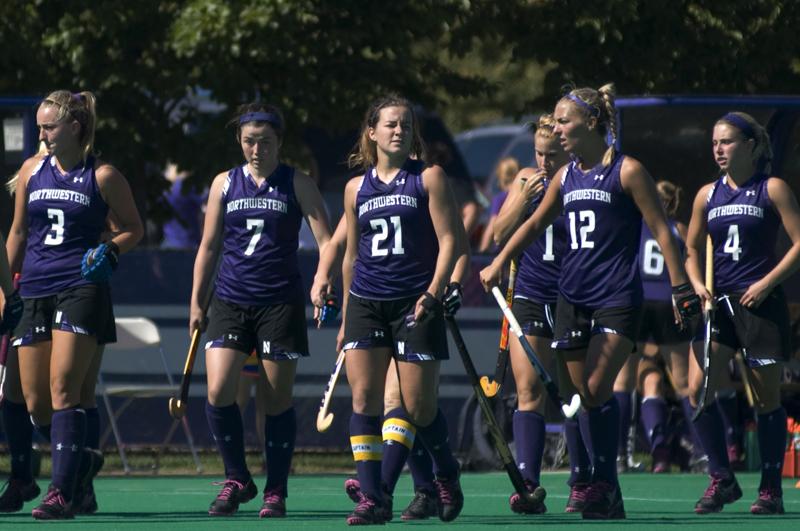 Senior Tara Puffenberger stands among her teammates at Lakeside Field. The midfielder transferred to Northwestern after disappointment in Virginia, and she dove back into the sport she dominated her entire life. She is vital to the Wildcat attack, standing third in assists and second in shots on goal this season.

The sport has taken her across the pond and back, from Canada to the Netherlands.  She has been to the Junior Olympic Games twice, USA/Canada Challenge twice and Futures Elite and National Futures Tournament five times. She helped the U.S. Junior National Team win the gold at the 2008 Junior Pan American Games in Mexico City and played under current Northwestern coach Tracey Fuchs for a few years on the Junior National team before ever setting foot in Evanston.

Once Fuchs and Puffenberger parted ways, Puffenberger attended college at the University of Virginia. Playing for the Cavaliers eventually drained the fun and excitement she had previously gotten out of her favorite game.  She played for two years at Virginia and then took her junior year off but still enrolled in classes at the school.

“In terms of how I was developing as a player and how happy I was on the team, (Virginia) just wasn’t really satisfying me,” Puffenberger said. “I took a year off from field hockey and wasn’t sure if I wanted to play again because UVA was such a bad experience.  Coming back, I couldn’t be happier. … Playing for Tracey, she’s really inspiring and really good at getting the best out of people.”

Puffenberger has definitely been playing her best field hockey at NU.  Last year, she had a hat-trick in the opening half against Kent State and was named an All-American, first-team All-Big Ten, All-West Region and Academic All-Big Ten.  She started in all 20 games and was second on the team in goals and shots-on-goal behind Chelsea Armstrong. The Dallas, Pa., native was also third on the team in assists.

“She’s really helped us get to the next level,” Fuchs said. “Her speed and ability to eliminate players and to take one-on-one (matchups) has really helped our program. … She’s our playmaker on attack. She is, I think, one of the best attackers in the country. She’s just able to get by people and make things happen. She’s a good finisher and also likes to pass, so she’s a dual threat where teams just can’t (say) ‘Look, she’s a scorer (or) she’s a passer.’ She does it all, basically.”

This season, Puffenberger is third on the team in assists, second in shots-on-goal and fifth in goals. She is helping to lead the Wildcats to another phenomenal season.

NU is undefeated at home and has won four out of five conference games. Last year the Cats went 16-4, and this year they’re still on track to contend for the Big Ten Championship.

“It’s not about wins and losses, it’s about her enjoying the sport she grew up loving, and loving it again,” Fuchs said. “(My favorite memory of her) is probably her playing her first match with us at Northwestern after she sat out a year at Virginia. Just to see her happy on the hockey field and to see her just going out and playing for the love of the game. I think that’s probably in general one of my best stories about Puff.”