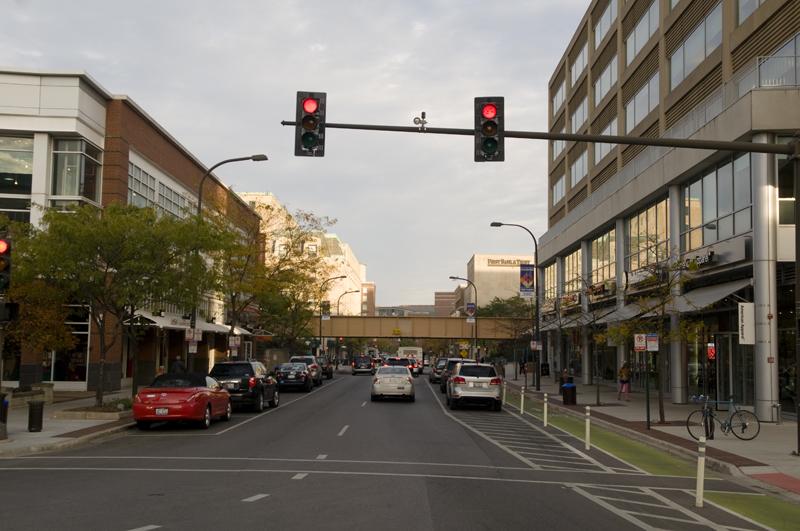 Businesses on Church Street, such as Habibi In Mediterranean Grill and Le Peep, have had to offer limited menus or expand their takeout service in order to make up for lost business during the pandemic.

With business booming, Downtown Evanston says it is not concerned about a decline in property values that help determine its budget.

Since September 2012, 32 businesses have opened in downtown Evanston while only 12 closed or relocated, said Carolyn Dellutri, executive director of Downtown Evanston.

“I think a lot has to do with people remembering to shop local and spend their money in their own community,” she said. “It always helps that we have the Northwestern University students, faculty and staff here — that helps support our businesses.”

Dellutri added that Evanston has become a hot spot for businesses and believes this growth will continue.

“It’s really becoming a 24/7 district, and there’s lots of activity going on,” she said. “So with the public transportation of both the Metra and the El that come to downtown Evanston and with the amount of restaurants and nightlife that’s available, and then all the retail options, I just think it’s a great place to live, to work, to do business.”

Downtown Evanston’s budget depends on a special service area tax, which is based on the value of real estate across the city. The money generated by the tax dropped 20 percent this year, according to city documents.

Committee member Seth Freeman said he supported giving the extra money to Downtown Evanston due to the city’s existing agreement with the organization and the work that it does.

“I think they deserve everything,” he said. “They do a great job.”

Mayor Elizabeth Tisdahl spoke about the growth of business in Evanston last week on an episode of “The Reporters.” She highlighted the fact that 50 businesses have opened this year throughout the entire city, though in the past the annual average was about 30.

“I’m proud of each and every one,” she said. “I’m delighted that businesses are coming to Evanston, and it’s a smart move on their part and we’re welcoming them.”

Tisdahl said she also wants more businesses that start at Northwestern to stay in Evanston.

“We talked to everyone that’s willing to talk to us about ways to keep businesses that are incubated at NU in Evanston when they grow too big and have been at NU too long and they need to move,” she said.

Tisdahl remains excited about the future of business development.

“I’ve cut a lot of ribbons and I’m happy to cut more,” she said. “No complaints.”