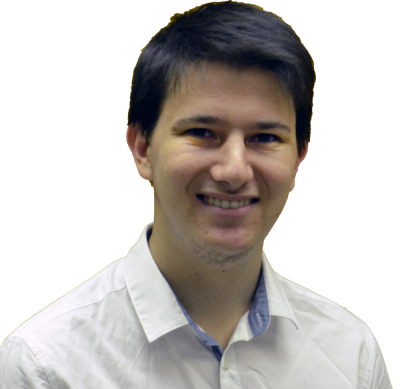 October has come and is nearly gone, and on its way out it has brought us a series of gifts. These include sub 40-degree weather and the beginning of those miserably early northern nights. However, to many of us, none of these are as immediately concerning as one Northwestern staple: midterm week.

Of course, midterm week is not officially scheduled like finals week is, but the vast majority of our professors find this week and the next one to be ideal for giving out exams, often worth a third of our final grades. Freshman, don’t be alarmed if you see hordes of students muttering to themselves and absentmindedly walking into the street. If you walk in on someone crying in the bathroom, the polite thing to do is offer a tissue or quietly walk away. Of course, I don’t need to tell you this — as this is your first midterm week you’re probably joining the rest of us in these stress-fueled shenanigans.

Of course, every challenge presents an opportunity, and midterms are no different. Many among us take the traditional strategy of taking our textbooks, locking ourselves in our rooms, popping on some noise-canceling headphones and leaving three days later smelling overwhelmingly of Easy Mac cheese powder, though a small minority of us does this regardless of our academic commitments. However, this strategy is entirely wrong and should be corrected immediately.

Unless you are doing an independent study, you should be attending lectures with other people — if your class is big enough you probably even sit right next to some! Unsurprisingly, these colleagues have to take the same exam as you, and they probably want to do just as well. Instead of studying all alone, it would be a terrific idea to get together with one or more of your classmates.

Studying helps us do a few things: cram facts, practice our problem-solving methodologies and better understand concepts that confuse us. Collaborating with others will do nothing to help you memorize facts but could have huge advantages for the latter two. That’s because something that you don’t understand might be remarkably clear to someone else. Likewise, although you might have a method of solving a problem, someone else might look at it completely differently, allowing you to fine-tune your strategies, develop stronger arguments and provide better responses.

Of course, this doesn’t necessarily guarantee a better grade. Some people may really just be remarkably efficient on their own and are hindered by working with others. It’s still hard to argue that for the general population, being able to communicate course material doesn’t improve your odds of succeeding in that course.

And yet, studying in groups does something much more important than preparing you for an exam. Often, particularly during exam time, we have a habit of missing the forest for the trees. Instead of focusing on gaining some genuine knowledge and understanding of an interesting topic, we panic and cram for a test whose importance we tend to blow way out of proportion. Studying with others helps cut through a lot of those concerns. By working with others unlike yourself, you get the opportunity to see different perspectives — not only on the material, but also on the class itself, what the exam signifies and so on. You might find yourself much more relaxed if a peer of yours already is. Just as importantly, you might learn something on a much deeper level that you will appreciate in the long run by interacting with your peers. If you read about Manet, you’ll learn about the rise of Impressionism; speak to another student and you can learn what’s so incredible about the movement, or maybe that it’s a poor art form. Either way, you’ll develop opinions and thoughts well beyond the scope of what you seek to learn alone.

Midterms suck, and I don’t think too large a percentage of the student body would disagree with that. But they don’t have to suck so much. By working with others, by communicating with people who share your academic interests, you can learn infinitely more, and maybe even make a few friends in the process.