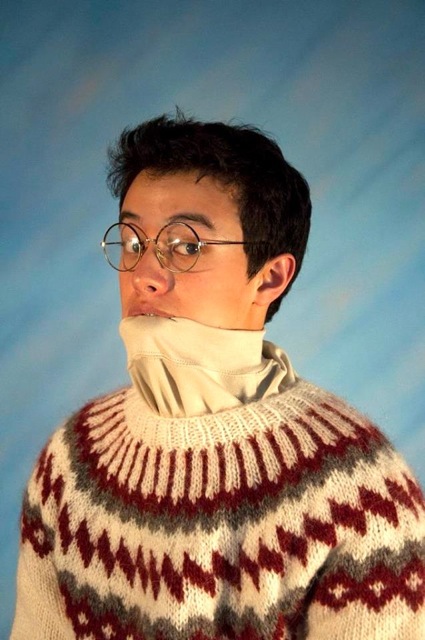 Audience participation is encouraged in the Northwestern production of “The 25th Annual Putnam County Spelling Bee.” Each night, the show will feature four guest spellers, including audience members and people from the NU and Evanston communities, such as Rep. Jan Schakowsky (D-Ill.). Communication sophomore Charlie Oh said he finds the unpredictable nature of the show both challenging and exciting. Oh plays the role of 11-year-old Leaf Coneybear, and he spoke with The Current about his experiences with the production.

The Current: Can you describe your character (Leaf Coneybear) in the show and your approach to playing that character?

Charlie Oh: This is his first time at a (county) spelling bee ever. … He is really trying to figure everything out, and he fails and succeeds at different points in figuring out what’s going on. … In terms of him spelling … I don’t really want to give a lot of that away, but he finds a hidden gift that he did not necessarily know he had.

The Current: Was it fun to go back and play a younger character?

CO: That’s such a fun process. Doing the show is a chance to really get in touch with your little kid side all over again. Every time that I go into rehearsal or a show for this, it just feels like I’m getting to go on a really great playdate.

The Current: Can you tell me a little bit about the rehearsal process?

CO: The rehearsal process has been really, really fun. … Since it’s a spelling bee, the show is the event of a spelling bee, you don’t leave stage until your respective character does or does not get eliminated. So it’s a show where you get to be really actively involved with every single part of the process. … The show also has a really great, big heart. … I think that the process has been really great because we’ve been really finding the balance between leaving the audience laughing and also touching them at the same time.

The Current: What has it been like to work with director Adam Goldstein (Communication ’12)?

CO: He’s such a joy to work with. He’s always open to actors bringing in their own ideas and contributing, and he takes what you bring to the rehearsal process, and he runs with it. … In transitioning between those different hats that he wears, as both a director and also as a really great friend, is why I love working with him. I wish I could do every show with Adam Goldstein.

The Current: What’s been the most challenging part about the show?

CO: The show brings in a lot of audience volunteers, guest spellers. So preparing for the uncertainty that comes with having audience volunteers and not necessarily knowing what’s going to come next is something that we just have to talk about a lot and be really ready for. … Also, the music for the show … is very deceptively difficult. … The music seems very light and simple and kiddy, but then when you really delve into the music and you go, ‘Oh wow, this is really hard.’

The Current: What’s been your favorite moment so far?

CO: I get to go into the show every night not knowing exactly what’s gonna happen and having room for play and room for experimentation, and that’s just a really great gift as an actor to get to constantly be shaking things up and doing new things.

The Current: What makes the production different or similar to past adaptations of the show?

CO: Something that we’ve really focused on in this production is really making these characters not caricatures but really making them their own and bringing ourselves to the roles within the context of the text and the story. … Our costume designer … watched all of our callbacks and tried to shape our costumes even to fit our individual personalities and what we bring to the role. I think that we’re really trying to bring some authentic feeling and our individual selves to the production, while still having it be within the framework of a really fun show that everybody wants to come see.