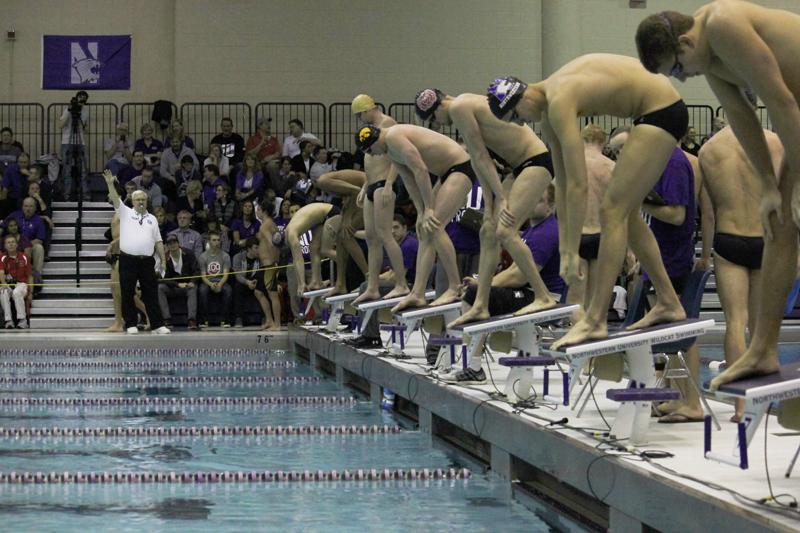 Northwestern hopes to blow Western Kentucky out of the water Friday in the Hilltoppers’ homecoming meet. Senior Chase Stephens said the Wildcats will attempt to create their own home environment and silence the expected large crowd with early NU victories.

Northwestern will go from the hunter to the hunted Friday when the team travels to face Western Kentucky.

Last week, NU avenged its last year’s loss against Eastern Michigan. Now, the Hilltoppers are looking to return the favor to the Cats, who edged out Western Kentucky in the final race in Evanston last season.

NU has had its fair share of road losses in the past couple of seasons, only totaling two away wins since 2011. The squad will need to reverse this trend by using the momentum it gained in its dominant performance in the home opener.

Senior Chase Stephens said the key to success on the road is making the new setting feel like home.

The Cats are leaving for Bowling Green, Ky., a day early in hopes that they will be fresher off the blocks than if they took a bus straight from Evanston on the same day as the meet.

Senior Tim Smith said the team might still feel the effects of the long journey to Kentucky and has to spend extra time getting ready.

“Prepare more than you think,” Smith said. “That means doing longer warmups than you think. Even if you don’t feel it, you’ll probably feel it in the race.”

The Cats believe they will have a lot of competition in each event. But they can make up for that loss if the depth can come through.

Both teams’ top times are pretty even, but Smith said if NU can put purple caps in second, third and fourth places, the Cats will be in good shape.

Coach Jarod Schroeder said he might make a few tweaks to his lineup for Friday depending on where he thinks Western Kentucky’s best swimmers will go.

“I’m trying to put myself in the other coach’s shoes and figure out where he’s going to use his best guys,” Schroeder said. “My guess is his best guys are going to swim three individuals and one relay, and they’re not deep enough to go after both relays. Right now, I’m assuming they’re going to go after the medley relay, so we’re going to make sure we have a really good one for that.”

Since it’s the Homecoming meet for the Hilltoppers, the Cats are preparing themselves for a loud, rowdy crowd along the pool and hope to get off to a fast start.

“We want to blow out the first couple of events, so we can quiet the crowd,” Smith said. “It’s always fun to beat someone at their home if they’ve got a big and boisterous crowd.”

Stephens, who will race early in Friday’s meet, said there’s nothing cooler than silencing a big crowd.

“With that medley relay that we have, Jordan in the 1,000 and our group in the 200, it’s definitely going to be a one-two-three punch,” Stephens said of sophomore Jordan Wilimovsky. “Hopefully we can shut them up real quick.”