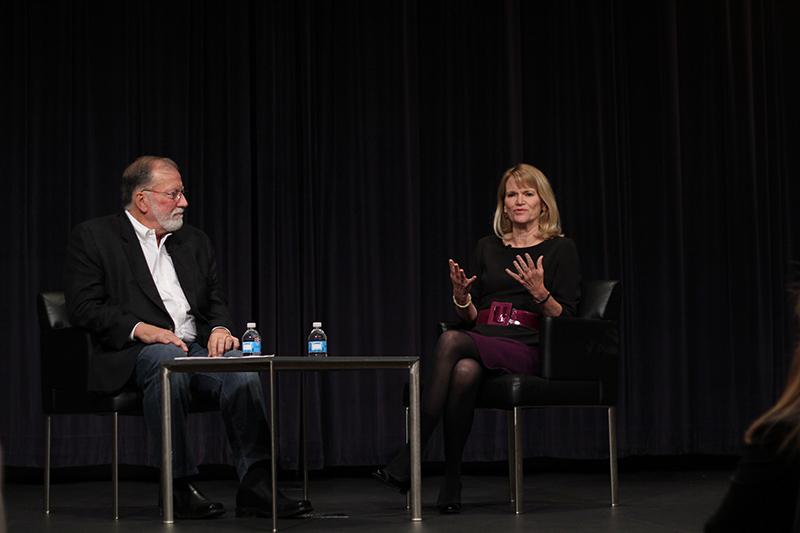 As an ABC News foreign correspondent, Martha Raddatz travels around the world, reporting from the frontline in the war-torn Middle East. But as a mother, she plans her schedule so she can attend as many of her son’s football games at Kenyon College in Gambier, Ohio, as possible.

Raddatz, ABC’s news chief global affairs correspondent, spoke about the importance of balance at the McCormick Tribune Forum on Thursday as the Minow Visiting Professor in Communications.

“Journalism is a really, really consuming job,” she said. “It is worse than ever in terms of 24/7. It is nonstop. I mean, my life is crazy. The younger journalists, it’s going to be even crazier. … But, have a life. If you don’t have a life, you will regret it. Whatever it is that you want to do in your life to make you happier, make sure you do that. Make sure you know how to prioritize.”

Raddatz admitted, however, that it is not always possible to please everyone.

Medill freshman Medha Imam said this part of Raddatz’s message resonated with her.

“In my culture, we are very family orientated and women are expected — in general —  to be the caretaker of the household,” she said. “I want to break out of that. I want to be a journalist that aspires to have a really good career and a family. Martha Raddatz told us that it’s possible to be both.”

Raddatz also addressed the challenge of being a foreign correspondent when many Americans are not interested in international affairs.

“It makes me cringe,” she said. “I know, particularly times when the economy is bad, that Americans are thinking about America — it’s natural — and we’re war weary. There is no question how war weary we are. But I believe it is a civic responsibility for all Americans to know what’s going on in their country and what’s going on overseas because all of that relates to our country.”

However, she said when she and other foreign correspondents complain about not getting enough airtime, it’s their fault, too.

“We’ve got to figure out a way to make these stories interesting,” she said. “You’re not just journalists. You’re storytellers. You have to make people want to listen, to see or to read what you’re writing, and there are ways to do that.”

Weinberg freshman Scott Flanzman attended the lecture as part of his freshman seminar on press and the political process. He said that though he is not interested in pursuing journalism as a career, Raddatz exposed him to a side of journalism he had never thought about.

“We don’t really think of the emotional attachment (journalists) have with the people they interview,” he said. “She talked about covering war zones and seeing things you could never imagine … and her passion of staying in touch with the people she met.”

Raddatz’s career highlights include winning four Emmy awards, a Peabody award and numerous other accolades. She hosted the 2012 Vice Presidential Debate and twice flew in a F15 fighter jet over Afghanistan. She also often fills in for George Stephanopoulos on “This Week.”