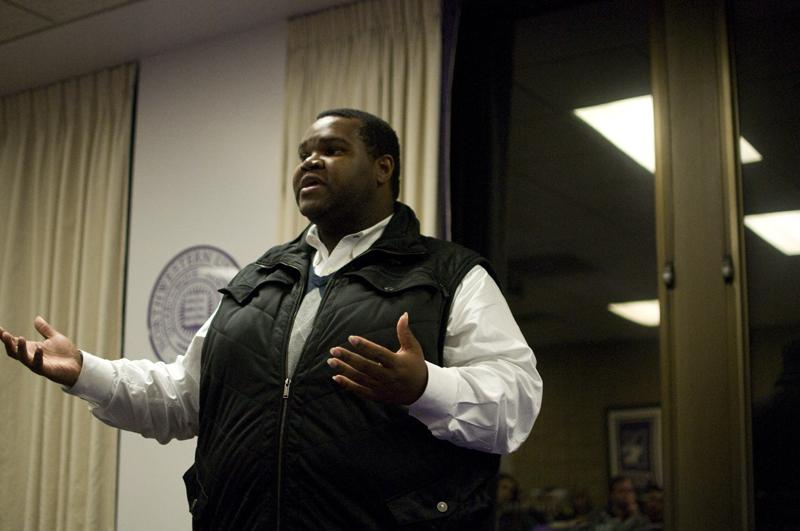 Associated Student Government Senate on Wednesday night rejected a resolution that would have voiced support for a campuswide tobacco ban, but the author of the resolution says she still plans to take her proposal to the University.

Although the resolution would not have implemented a tobacco ban on campus, it would have signified ASG’s support for such a policy. The resolution failed 19-10, with eight senators abstaining.

Rainbow Alliance senator Petros Karahalios spoke out against the resolution during the Senate meeting, saying it did not address the real problem: lack of enforcement of the Evanston ordinance that forbids smoking within 25 feet of the entrance of a public building.

“I personally don’t think that the solution to a currently not working policy like the Evanston 25-foot ordinance is to pass more legislation or resolutions that kind of put a Band-Aid over it,” the Weinberg junior said. “The problem here is that Evanston’s ordinance is not enforced very well. Evanston’s not doing a good job. They’re failing to live up to their obligations.”

Northwestern Public Health Club president Carolyn Huang, who wrote the resolution, told The Daily after the meeting she still plans to bring a proposal for a tobacco-free campus to the administration. Based on speaking with other students while petitioning, the Weinberg senior said she believes the majority of the student body supports the idea of a tobacco-free campus.

“It’s the national trend right now,” she said. “I really wish that NU could have been part of the current movement.”

According to the American Nonsmokers’ Rights Foundation, more than 1,100 campuses nationwide have gone smoke-free, with nearly 800 tobacco-free.

At the end of the meeting, representatives from the student life committee announced a new takeout option at the west side of the Foster-Walker dining hall that is scheduled to start Oct. 28.

Jenn Huang, the director of dining for the Student Life Committee, said the takeout option will be available from 8:30 to 11 p.m. Monday through Thursday and will be geared toward students who have class during dining hall dinner hours.

“The idea is that you can use equivalencies, Munch Money, points as a meal swipe to get what you used to be able to get at the Great Room,” the McCormick junior said. “If it’s effective, then they could roll this out in other locations or do it during lunch hours.”

ASG rejected a resolution for a tobacco-free campus
ASG changed rules regarding appointments to the committee that selects ideas for the 10K Initiative
ASG extended deadline to apply for the diversity and inclusion associate vice president position
ASG confirmed a new member of the student groups committee
ASG elected four students to the rules committee
ASG heard from Devin Moss, director of the LGBT Resource Center, who took questions and discussed events the center is holding