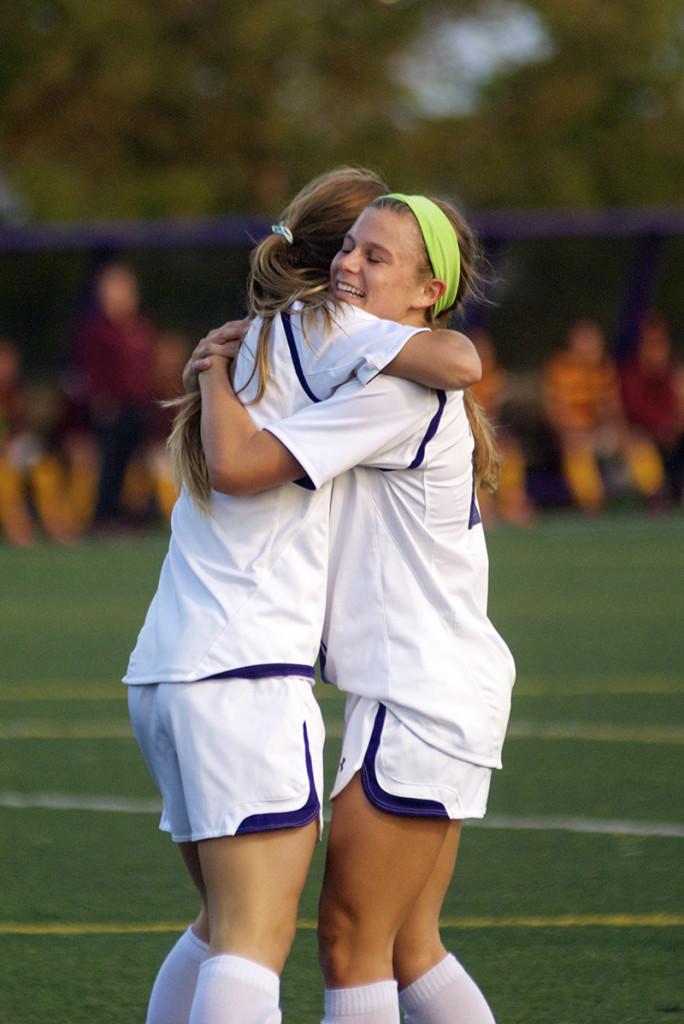 Northwestern finally has a Big Ten victory. The agonizing wait and expectations are over. Its season, however, charges forward.

On the heels of their win over the Golden Gophers, the Wildcats will face two more familiar foes Thursday and Sunday: Ohio State and Illinois.

“By no means are we content to have one win in the Big Ten season,” coach Michael Moynihan said. “We want more, and hopefully this victory is something we can build off of.”

The Cats (3-9-2, 1-5-0 Big Ten) kick start their weekend 6:30 p.m. Thursday against the Fighting Illini (7-5-2, 2-3-1) at Lakeside Field. Moynihan is confident his team can keep its forward momentum but recognizes the challenge that lies ahead.

“We beat them last year at their place, so I’m sure they’re coming back here with revenge on their minds,” Moynihan said.

Illinois is fresh off a win against No. 20 Wisconsin.  The Fighting Illini, however, have struggled on the road, with only one win and a tie but four losses outside of Urbana-Champaign.

Illinois has excelled in an area where NU has faltered — scoring goals. The Fighting Illini have scored at least one goal in each of their games this season, except one. Forward Jannelle Flaws not only leads Illinois in goals and points, but the Big Ten as well. She ranks second in the nation with 15 goals.

“They’ve been scoring a lot of goals, but they’ve also given up some goals, so I feel like it’s gonna be a back and forth game,” Moynihan said. “It’ll be a tough one for us.”

NU is feeling great after its first conference win Saturday against Minnesota. The team was able to capitalize on its opportunities and finish — something it struggled with in previous games.

“We definitely worked really well off of each other, connected passes, made different penetrating runs and just had more opportunities and put them away,” freshman forward Addie Steiner said. “We hadn’t in the past, but this time we found the goal.”

Steiner earned her first career goal in that game.

“It feels amazing,” Steiner said. “I’ve been working really hard and getting really frustrated at times, but I’m really glad that I finally put one away. Hopefully I can start scoring more goals.”

The other goal was scored by junior forward Katie Landgrebe, who tied senior Kate Allen at the top of the Cats leader board for goals this season. Landgrebe jumped from zero career goals before this season to the team lead

“I think a lot of my work paid off,” Landgrebe said. “I worked really hard in the off season and over the summer. It feels great to be contributing to this team.”

Both Steiner and Landgrebe were assisted by Allen, who added to her legacy at NU.  The four-year starter is now in the all-time top 10 for NU in career goals, assists and points.

After the Cats square off against the Illini, they will take to the road to face the Buckeyes (8-3-3, 2-2-2) Sunday. Ohio State is coming off a win against Michigan State.

“Ohio State — they’re big, physical, athletic, and very deep as far as talent is concerned,” Moynihan said.  “It’s gonna be two really difficult games this weekend, but I think we’re up to it.  We’ll battle, and I think they’ll each be really close.”