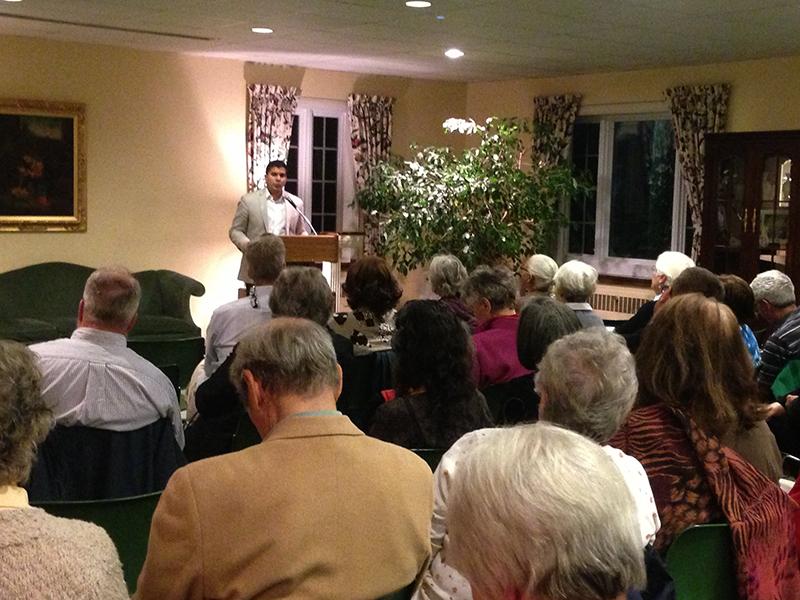 A state health care official took questions Monday about the Affordable Care Act, the latest opportunity for Evanston residents to learn more about the law.

The information session at Northminster Presbyterian Church was another stop for Giovanni Gomez, regional outreach coordinator for the Illinois Health Insurance Marketplace. He has been speaking in the area about the ACA and helping enroll people in health insurance, said Lesley Williams, head of Adult Services at the Evanston Public Library.

Gomez emphasized that the more affordable health insurance is, the more accessible it will become.

“This culture of coverage is simply creating a social norm within society to know that it is normal … to have health insurance,” he said.

Interfaith Action of Evanston hosted the event at the church, 2515 Central Park Ave. More than 40 people showed up, some of them expressing concerns about how their family members would fit into the program.

In response to a question about how young, healthy people can be a part of the pool of insurance applicants, Gomez called those people the “young invincibles.” He discussed the ACA’s “catastrophic plans,” which have low premiums and deal with individuals under the age of 30. However, Gomez pointed out that the deductibles and co-pays for these plans are higher.

The audience asked questions about younger people, especially family members. One audience member said she was frustrated with the lack of youth interest in the ACA. As an example, she mentioned her 28-year-old son, who was invited to the event but declined the offer.

Gomez responded by explaining that he focuses on beginning with the parents, who would then inform their children. With a laugh, Gomez said his parents made him get insurance.

Gomez also addressed a variety of other topics, including the open enrollment period, which ends March 31.

In response to a question on whether individuals who need insurance outside of the enrollment period could attain it, Gomez listed a few examples of life-changing events that would allow someone to enroll after March 31, including a divorce or wedding. Gomez also spoke of the four factors that determine an individual’s premium price: age, family size, residence location and smoking.