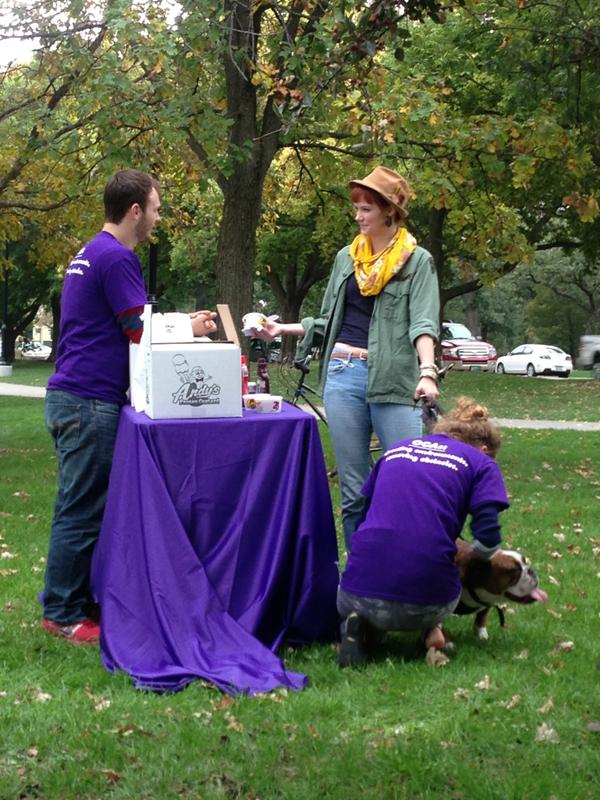 An ice cream social meant to bring together Northwestern students and Evanston residents fell short of expectations Saturday at a lakefront park.

Tony Kirchmeier, NU director of off-campus life, estimated less than 20 people came by throughout the event, which was held from 12:30 to 2 p.m. at Centennial Park.

“I thought it was going to be a lot easier to get people involved and to get people interested,” said Emily Wills, who serves as an off-campus ambassador for the University. “There have been a couple of events that … we did not get the turnout we were expecting.”

Off-Campus Ambassadors planned the ice cream social with the Office of Off-Campus Life. The ambassador program is relatively new, according to Kirchmeier. All four ambassadors were present throughout the social.

The annual event is usually held in Fireman’s Park near the intersection of Maple Avenue and Simpson Street. Kirchmeier said organizers had to look elsewhere due to renovations in Fireman’s Park.

Wills said Off-Campus Ambassadors has struggled to publicize its efforts. For example, she said NU has to approve the group’s Facebook activity, an obstacle to spreading the word about events. A promotion for the ice cream social was sent to the off-campus email list Tuesday.

“There just hasn’t been as much physical presence, but there’s been a lot of vocal support,” Wills said.

Some attendees said they heard about the ice cream social through the email, while others stumbled upon it while walking by. One student almost did not attend the event due to weather.

“If it had started raining, I wouldn’t have gotten there,” McCormick senior Rachel Scholes said.

Organizers chose the time and date for the ice cream social because the temperature was not too cold, and there was no home football game, Kirchmeier said. Last year, he said the weather was too cold, causing hot chocolate to be served in addition to the ice cream.

At the social, Andy’s Frozen Custard was available for free, as well as magnets that provided contact information for off-campus life and the city’s 311 service.

“A lot of our events are more geared towards getting people aware that there are off-campus ambassadors and what we do and how we can help them,” Wills said.