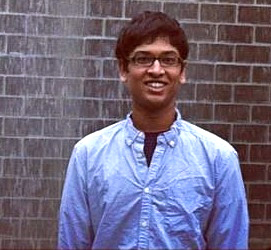 Friends of deceased student Harsha Maddula held a memorial service for him at Alice Millar Chapel on Wednesday. Maddula was found dead last year after disappearing from an off-campus party.

Friends of Harsha Maddula came together in Alice Millar Chapel on Wednesday night to remember his life.

The private gathering took place more than a year after Maddula, a McCormick sophomore, was found dead in the Wilmette Harbor on Sept. 27, 2012, five days after disappearing from an off-campus party. Maddula’s death was ruled accidental — with a contributing factor of alcohol consumption — after a five-month investigation by Evanston Police ended in February. The tragedy sent shockwaves through campus last academic year.

“I think it was important to do what we did,” said Medill junior Tessa D’Agosta, a friend of Maddula and one of the meeting’s organizers. D’Agosta served with Maddula on the Public Affairs Residential College executive board last academic year.

Some attendees, including PARC master and gender and sexuality studies Prof. Lane Fenrich, spoke about Maddula.

“We had a moment where we passed out note cards and wrote a message for Harsha and our thoughts,” D’Agosta said. “There was a moment of silence, and a couple people stood up and said a couple things about Harsha and how they were dealing with it.”

D’Agosta said the ceremony was especially meaningful because the University did not acknowledge Maddula one year later.

“If we hadn’t really done that, I don’t know if there would have been any way for people to express how much they were still thinking about it,” she said.

Maddula family spokeswoman Padma Sonti said the family has “a very long road ahead of them to feel semi-normal.”

“It’s been a year, but nothing has changed for the family because it’s not something you can get over. It’s been really really rough,” Sonti said. “They do appreciate the kind gesture. They’re very grateful for everybody remembering him.”