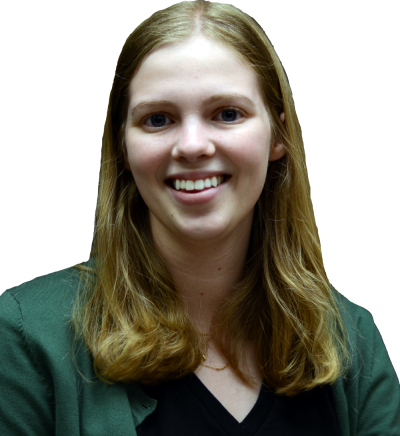 I call it the “eyesore of Evanston,” that ever-present empty storefront smack dab in the middle of the nicest part of downtown. Sandwiched between Chipotle and Andy’s, two storefronts with gleaming counters and abundant business business, I can’t believe this space has been empty for more than two years. With prime real estate only two blocks from campus, it should be home to more than panhandlers asking me for money. Here are five possible replacements — Evanston City Council, take note:

We have Einstein Bros. Bagels, Panera Bread and Cosi for fast, casual breakfasts, and JT’s and Clarke’s for fancier ones, but any college town needs a mom-and-pop breakfast shop. We need a place where you can run in and grab breakfast tacos (a distinctly Texan option), warm donuts, flaky hash browns and a cheap omelet. Not a fancy brunch-with-your-parents breakfast spot, but a working man’s breakfast joint — or, in this case, a working college student’s grub. Imagine coffee, donuts and omelets made cheaply and wrapped up to go. Yeah, I would take that for study fuel any day.

Maybe it’s just the movies, but I imagined going out for late-night burgers in college at the campus hot spot. Perhaps Mustard’s Last Stand fulfills this function, but it is a shuttle ride away from campus. Edzo’s is delicious, but its weird hours leave me searching for other grease bombs late at night. And although Burger King is definitely greasy, I want to experience the traditional college grill, with ancient Northwestern paraphernalia covering the walls and the initials of students carved into tables.

I want a food joint that lives up to the college ideal, such as the recently closed Michigan’s Blimpy Burger. And when students are done downing burgers with layers of juicy fat, cheese fries and onion rings, we can go to any of the four ice cream shops within a one-block radius.

Maybe this is a personal preference, but I would love a laundromat on South Campus. I have been pleased with Good News Laundromat, 817 Noyes St., but I can’t walk my clothes up north or take the El when I have a giant load of laundry to do. And when my apartment charged $1.75 per load this summer, I was desperate for a South Campus laundromat.

With the available space, a nice laundromat could be built with several machines. Evanston entrepreneurs, take note: When my sorority house washers and dryers are full, or Plex’s washing machines break down for the umpteenth time, the laundromat could absorb additional laundry and rake in boatloads of student quarters.

Although I have gotten help from the campus outlet, Evanston deserves its own fully stocked Apple Store. Though the space may be limited, Evanston needs and deserves the full Genius Bar experience.

I have heard horror stories of students’ MacBooks breaking and having to be schlepped to the Lincoln Park Apple Store in order to get help. There is an Apple Store in the Old Orchard Mall, but most students don’t have time to catch a shuttle to the mall. An Evanston Apple Store would not only serve the students and faculty of NU — most of whom I’d say use Apple computers — but also the larger Evanston population.

It seems Chick-fil-A may be the most divisive fast food restaurant. Some southerners swear by its delicious, greasy chicken nuggets and somewhat-healthy chicken sandwiches, as well as its lemonade and milk shakes. Oh, and the waffle fries, those crispy squares of goodness. Do you really think I forgot about the waffle fries?

Despite its infamous corporate culture, Chick-fil-A’s individual franchises are well-run and provide prompt, clean service. I’ve been trying to eat healthier this year, and I probably shouldn’t give Chick-fil-A an opportunity to tempt me — but its baskets of golden chicken nuggets wouldn’t hurt me once in a while.

So, entrepreneurs and city leaders, I hope we can all agree to get rid of the “eyesore of Evanston” and turn the empty storefront into a productive business to further enhance downtown. And if you need any specific menu suggestions, you know where to reach me.