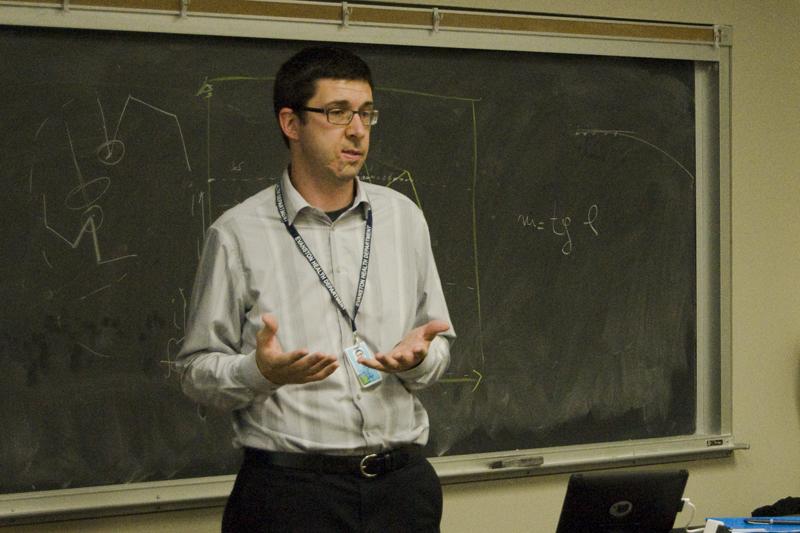 An Evanston health official visited Northwestern on Wednesday, sharing the history of the city’s health department — and his own humorous anecdotes — with the Public Health Club.

Carl Caneva, the city’s assistant health director, spoke and answered questions for about 45 minutes at the Technological Institute. He ran down the department’s various functions, from linking housing inspections with health care problems to testing mosquitoes for West Nile virus.

Caneva stressed the importance of partnerships with NU administrators and students to the department’s success.

“We’re a group of about 20 people trying to impact 75,000,” he said. “When I first started working for the city about eight years ago, we had no contact with Northwestern at all. This opportunity to speak with you, to speak with a club or class, was not available, and so this is really a relationship that we want to build on.”

The city’s outreach efforts include the distribution of comic books such as “Tiny Chef and True Stories from the Kitchen,” a lighthearted take on food inspections, and “Inside the Outbreaks,” which has tips for heading off diseases.

Public Health Club is attempting to move NU toward being a tobacco-free campus. Club president Carolyn Huang went from Caneva’s talk to Associated Student Government’s weekly Senate meeting, where legislation was introduced to “support the University’s movement to make Northwestern a tobacco-free campus.”

Huang, who worked with the city’s health department as its West Nile virus intern this summer, said she thought Caneva could bring a different perspective to the group’s normal meetings.

“I really want students to understand what’s going on with public health within their own community of Evanston,” the Weinberg senior said.

She said she has seen firsthand the help the department needs from NU students.

“There’s a lot of data analysis that the city needs and they are very understaffed, and just to serve the needs of the city it takes a lot of their time,” Huang said. “If we were able to go in and just analyze best practices and things like that, that could be really helpful for the city.”

Caneva’s rundown of the department’s history — which predates the Illinois Department of Public Health — included sharing tall tales from his time on the job. Once, he said, he was called to a failing septic plant by its confused owner.

“Somebody had buried a horse with pictures and a saddle and all kinds of other things in this guy’s field, and that’s why it was failing,” he said.