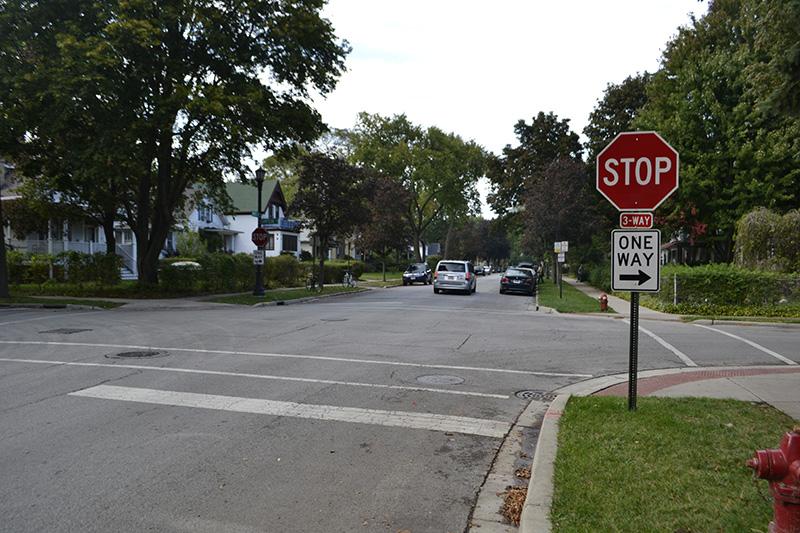 Police report an ordinary weekend despite large crowds for the Homecoming game Saturday. They increased their patrol in preparation for the sold-out event.

After issuing public advisories about alcohol consumption, police said they faced ordinary numbers of complaints and arrests when Northwestern faced off against Ohio State in front of a sold-out crowd Saturday.

Both Evanston and University Police stepped up their patrol presence for Saturday, and EPD warned the public Thursday that alcohol-related offenses would result in arrest. On Monday, they were pleased with the relatively low number of complaints and arrests on game day, said Daniel McAleer, UP deputy chief.

“We think it was a successful weekend because we had a lot of cooperation from citizens, and there was limited law enforcement action,” he said.

Police arrested three NU students over the weekend, including two who were charged with theft. They are accused of stealing a yard marker, a football and event staff jackets from Ryan Field during the game.

The third student who was arrested was charged with disorderly conduct. The 19-year-old student was visibly intoxicated and kept trying to enter Ryan Field after he was kicked out, according to police officials.

At one point, McAleer said the student told authorities, “I paid $60,000 a year to go here, and I have a right to go to the game.”

Of the eight people taken to the hospital over the weekend, Parrott said two were NU students who had too much to drink. A non-NU student was also hospitalized due to alcohol overconsumption.

UP received a report of battery Saturday night at Ryan Field, though the person who was struck refused to prosecute, McAleer said. Instead, two people were ejected from the stadium after the incident.

“College GameDay” also went off without a hitch from McAleer’s perspective. He said police saw only “minor injuries” as the ESPN show broadcast Saturday morning from the Lakefill.

Despite advisories from police and the University that alcohol-related misconduct would result in arrests at $120 bonds, some students were caught off-guard by the trumped-up consequences Saturday. McCormick senior Patrick Leonard said he was hosting a small gathering with about 20 people in his backyard early Saturday afternoon when two NU police officers approached his property.

“They said something along the lines of, ‘You are not in trouble, we have not received any complaints about this house, but so you’re aware, if we receive any noise complaints at all, someone from this house is going away in handcuffs.’”

Leonard said he and his friends had already talked to their neighbors about having a party. However, police said they were tightening up policies due to Homecoming weekend.

“This to us was a little bit strange because we had nothing really crazy going on, and we had spoken to our neighbors,” Leonard said.

McAleer said the officers were just warning the students of the mandate put out by EPD.

Parrott said the extra measures are not cause for alarm and were in effect Saturday because of concerns about the large attendance at the game. He said depending on student behavior, EPD could enforce similar advisories in the future.

“Their behavior is always going to be watched,” Parrott said. “Especially when it revolves around alcohol consumption, because when it gets excessive, it gets out of hand.”