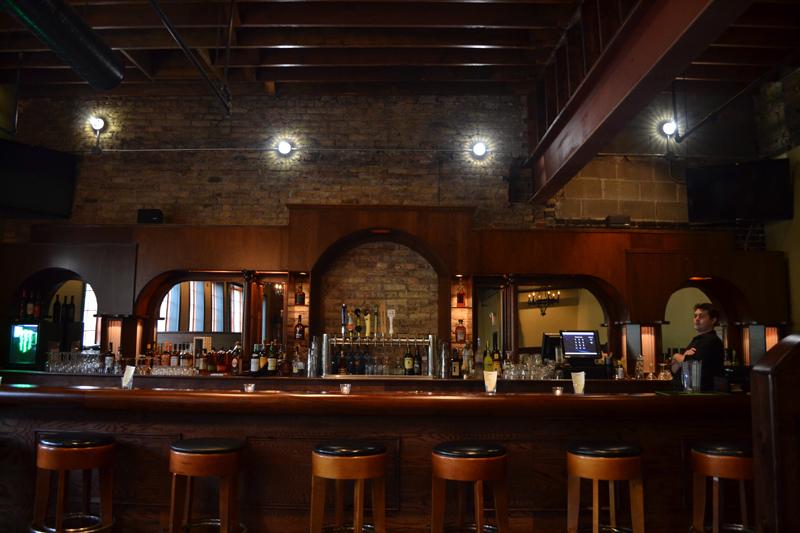 The multi-art performance space began operating last winter, hosting concerts and private events throughout the year, but was unable to open its restaurant and lounge due to permit and liquor licensing issues with the city, marketing director Nili Yelin said. The entire three-part facility — 14,000 square feet in total — opened as a single unit for the first time 4 p.m. Wednesday.

“I think the synergy will be amazing, between the performance space and the lounge and the restaurant,” Yelin said. “It’s like you need all the parts turning so the work really gets out and the buzz gets going.”

The restaurant features what owner John Tasiopoulos referred to as “comfort food with a twist,” Yelin said. The whiskey lounge, located above the restaurant and concert space, also has a menu of small snack dishes “with a little more sophistication — not just bar food,” Yelin said. The lounge serves 25 types of whiskey and hopes to add 75 more within the next few months.

Tasiopoulos named 27 Live, 1012-1014 Church St., in honor of the 27 Club, a group of 44 rock musicians who died at the age of 27, including Kurt Cobain, Jimi Hendrix and Janis Joplin. The restaurant plans to name drinks after the rock stars, as well as display musical memorabilia and decor.

“It’s a cool idea, and I think having a special alcohol draw would be great for older students,” Abramson said.

However, she said it remains to be seen whether students will flock to the lounge like they did to the now-defunct Keg of Evanston.

But Yelin said 27 Live hopes to form strong connections with the NU community, citing WNUR, the Kellogg School of Management and theater groups as possible partners. The restaurant’s late-night hours and relaxed atmosphere are geared toward students, Tasiopoulos said.

“When people move to Evanston, they’ve kind of done the gritty Chicago bar scene, and now you want to have it a little easier. But you still get great music and good food, and you can have a million types of whiskeys,” Yelin said.

“We’ll all become whiskey connoisseurs,” she added with a laugh.