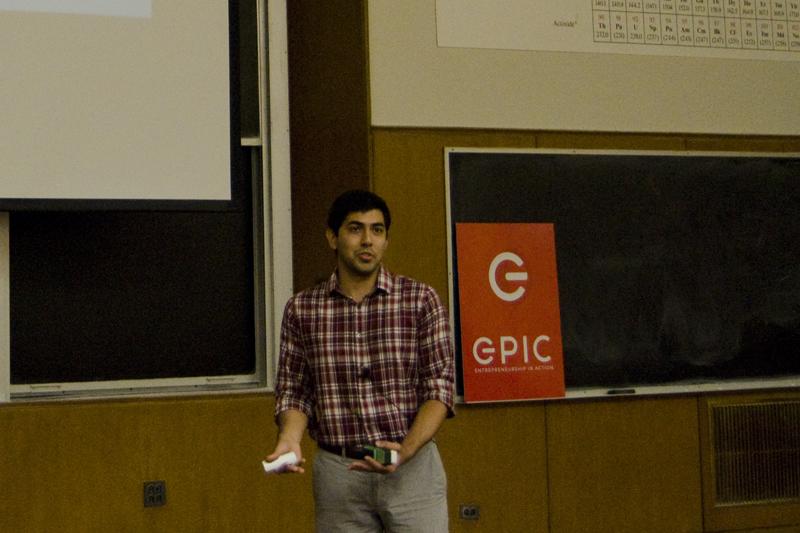 Student group EPIC, formerly known as InNUvation, aims to help Northwestern students apply entrepreneurial principles to their own lives. At the group’s first quarterly EPIC Talks on Thursday night at the Technological Institute, a collection of students spoke about their experiences with entrepreneurship.

EPIC’s executive board had a problem.

“When I used to go to people and tell them I was the president of InNUvation, they’d be like, ‘Oh, I know someone who was in that class,'” SESP senior Jo Lee said. “And I was like, ‘Oh, no, you mean NUvention.’

“We want to make it really clear who we are and who we’re not,” she said.

Lee is the co-president of EPIC, the entrepreneurial student group formerly known as InNUvation. The organization rebranded over the summer in an effort to distance itself from the similar-sounding entrepreneurship course offerings and to bring its name — now short for “Entrepreneurs. Pioneers. Innovators. Creators.”  — closer in line with its stated mission.

“We decided to rebrand to not only move away from what we weren’t, which was NUvention, but move towards who we wanted to be — hopefully epic people, epic ideas, epic businesses and epic community,” Lee said. “And I think the heart of that is just our desire to create one community at Northwestern that’s entrepreneurial.”

EPIC began the academic year with its first quarterly EPIC Talks event, which took place Thursday night at the Technological Institute and featured a collection of Northwestern students giving talks on their experience with entrepreneurship at NU.

McCormick Prof. Michael Marasco, director of the Farley Center for Entrepreneurship and Innovation, told the approximately 35 students who attended that the center’s goal is to teach students the fundamentals of entrepreneurship rather than necessarily deliver a finished product.

“Our focus is really to help you understand how to evolve an idea into a business,” Marasco said. “Companies are a byproduct. That’s not the primary thing.”

EPIC programming director Brad Puder said InNUvation was known primarily for running the annual NU Venture Challenge, the school’s largest business pitch competition. Puder said EPIC will look to make a name for itself with a number of new events, including partnering with other student groups such as Design for America.

“It was clear that NU needed a little bit more, that we needed to take a much more active stance in the entrepreneurial ecosystem at Northwestern than hosting one event once a year,” the Weinberg junior said. “And so we kind of all sat down and compared what Northwestern’s entrepreneurs need with the resources that are currently available. So we’re much more than an organization that hosts the NU Venture Challenge now.”

Lee said though the new name conveys what the group wants its mission to be, the name has also had a role in shaping the group’s programming going forward.

She explained that EPIC’s offers all NU students a chance to apply concepts of entrepreneurship in their own lives.

“Our goal isn’t to have the next Facebook come out of us — which would be awesome — but I think the goal is to give every student a chance to experience and respond to entrepreneurship and the entrepreneurial spirit in their own unique way,” she said.