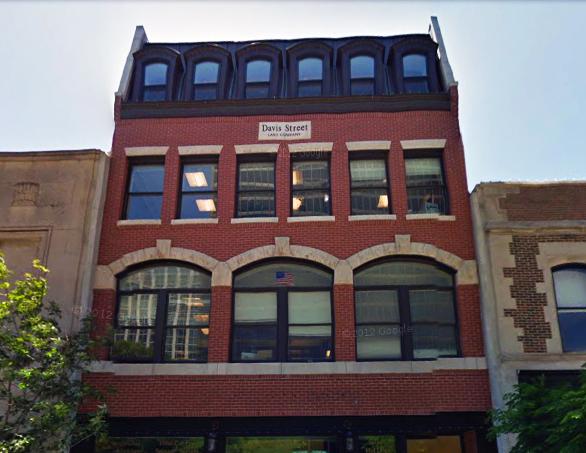 Beacon Academy is looking to move into 622 Davis St.. The Evanston Zoning Board approved a special use permit for the potential location Tuesday evening.

The Evanston Zoning Board of Appeals on Tuesday evening approved a special use permit for a new Montessori high school in the same building as Cheesie’s Pub & Grub.

Beacon Academy is looking to occupy the top three floors of the building, 622 Davis St., by next fall. At its meeting, the zoning board gave the proposal a green light after debating its impact on the surrounding neighborhood, including parking and traffic.

Jeff Bell, the school’s founder, said Beacon would be based on Montessori principles with an International Baccalaureate program for 11th and 12th graders. The school would take in 30 to 50 students for its inaugural year, aiming to reach a maximum enrollment of 120 students.

About 15 to 25 percent of learning would take place outside the classroom, Bell said. The school is seeking partnerships with city organizations including the Evanston Art Center, the Evanston Public Library, the McGaw YMCA and Northwestern.

“We’ve very intentionally chosen Evanston as our home because of the incredible richness of cultural offerings,” Bell said.

Beacon Academy has signed a five-year lease on the building. Beacon would make few changes to the property, architect Teri Wright said.

Some members of the zoning board agreed the school would benefit Evanston, with students and faculty patronizing nearby shops and restaurants. But some board members worried about traffic congestion on Davis Street during drop-off and pick-up times. Some voiced concerns about the school taking up too much parking in the area.

“What about student parking?” board member Mary Beth Berns said. “At some point, they turn 16 and they want to drive, and then you have 30 students driving to Evanston in the morning.”

Bell said the school would urge students to use the El and Metra. He promised to look into finding additional parking for staff and some for students if they showed interest in driving.

In response to the concerns, the board agreed to recommend the permit to City Council as long as all the school’s deliveries occur in the building’s rear alley, off-street parking is provided for faculty and staff and Evanston’s litter and garbage plans are shared with the Beacon community.

The next council meeting is scheduled for Oct. 14.