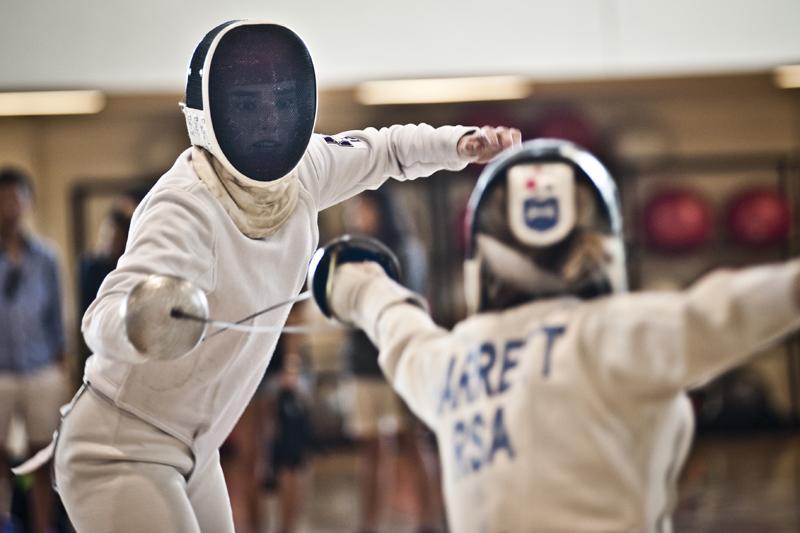 The No. 8 Wildcats have been dominant at the national level for the past 14 years. Under longtime coach Laurie Schiller, they have consecutively placed within the top 10 at the NCAA Championships within this time.

Northwestern had only four days of practice before the team played in the USFA Burton Open over the weekend, coach Laurie Schiller said.

The No. 8 Wildcats may have been a bit rusty in Schiller’s eyes as their season kicked off Saturday, but they certainly displayed their powerhouse program. NU dominated the medal stands, claiming all three golds at the Burton Open for the third consecutive year.

Yet gold wasn’t enough for the team. The Cats also hogged every silver medal and claimed all but one bronze among the three weapons during the competition in Evanston.

Schiller said he expected the sweep.

“That’s actually fairly typical results in the last 10 years or so with this group,” he said. “I would expect that. But that being said, I mean, we’re still two weeks into practice. This is still preseason training camp in a sense. For us, this is like the football spring game.”

This first dip into the season is a “stepping stone” for what lies ahead, Schiller said. He said the team will use this to see where its weaknesses lie and what it needs to improve on in order to be more competitive in the future.

NU charged into the season in good standing, returning two All-Americans and a well-decorated coach. Schiller won the Midwest Fencing Conference Coach of the Year honor for last season’s performance. He is also a member of the United States Fencing Association’s national board of directors.

Junior Courtney Dumas won the epée competition Saturday, continuing her success as one of  last season’s All-Americans. The Cleveland native went a clean 5-0 throughout the Burton Open and bested fellow teammate and Second Team All-American Dina Bazarbayeva to take home the top prize.

“Teammates are teammates, but when you have to play each other you’re out there to win,” Schiller said. “I expect nothing less than 100 percent effort from any of my fencers when they fence each other.”

This is a routine the athletes are used to. Two of the freshman on the saber squad come from the same club in New Jersey. Schiller said every player has had to stare down an opponent who was a friend before the masks came on.

In the foil competition, sophomore Jen Yamin faced a similar situation. She stepped her way through six pool bouts to ease into the top seed for the direct elimination round. She then defeated sophomore Charlotte Sands in the final bout and captured the gold. Schiller said Yamin is the one to whom leadership falls this season among the foil competitors, with the graduation of four-year All-American Dayana Sarkisova.

The largest take-away from the Burton Open for the veteran coach is NU’s next move. Schiller said the Cats’ domination is an exciting feat, as every victory should be, but there are mistakes to work on in these early days of the season.

“I’m happy with the results, always happy when we win gold medals, but what we’re looking at is how they performed rather than the results.” he said. “We’re more concerned about the process aspect right now than the outcome.”

To his team he puts it even simpler: “Congratulations, you have a gold, but now you have to work on this.”