Diebold: The death of NCAA Football and the loss of innocence 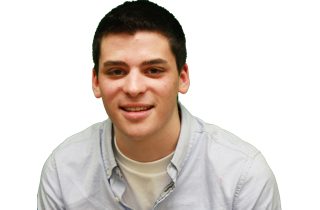 In 2002, I bought the first video game I ever paid for with my own allowance.

I had just acquired a shiny new purple GameCube, and, well, I would settle for nothing less than NCAA Football 2003 for the machine’s inauguration. With hometown boy Joey Harrington on the cover, the game was as close as 10-year-old me ever came to nirvana.

Years came and went. The allowance grew, from $5 to 10 to 20. Some years it yielded the new copy of NCAA Football, others it didn’t. Some years the game’s release was the highlight of my summer. I pored over reviews, watched footage on YouTube, eagerly awaited news of which players would be rated highest that year. Other years it was merely a blip on the radar, a mindless tool to pass the time until the new Madden came out or school started again.

But it was always there. And for a long time, I remained blissfully unaware of the house of cards on which it was built. I remember (very distinctly, as if my conscience knew things at the time that I didn’t) being firmly convinced that the game did not include player names because the disc was not big enough to hold them. Never mind that it had upwards of 100 teams, each with distinct uniforms and stadiums and playbooks. The names of 10,000 Division I football players, I told myself, were a bridge too far.

Of course, we can’t stay in fifth grade forever. As the game grew up, so did I.

I learned the real reason — a system of amateurism which exploits athletes without compensating them in return for the value they bring to their programs, which rewards athletic directors with six-figure salaries for winning even if it loses their school millions of dollars, which puts its players in harm’s way every Saturday each fall with no guarantee of a safety net in case of injury  — why Northwestern’s starting quarterback appears in the game as a nameless, faceless “QB #2,” why the only athletes who appeared on the game’s cover had already left the clutches of the NCAA.

A month ago, I bought a copy of the last version of NCAA Football that will hit store shelves in the foreseeable future. Electronic Arts announced last week it would not make an NCAA Football 15, and it had settled a lawsuit with former players suing the game company and the NCAA for profiting off of their likenesses. My mental house of cards has finally collapsed, even if the NCAA’s remains ever so stubbornly propped up against the winds of change.

Even so, I never stopped playing NCAA Football. Ultimately, all fans of college football decided at some point that they will contribute, however implicitly, to the system. I think that’s OK. I may never adore the game the way I did when I was 10, but I’ll never quite lose the joy of running the option, winning the Heisman Trophy or going down to the wire with friends either.

They say you never love sports again as much as you did when you were a child. I don’t know if that’s a bad thing.