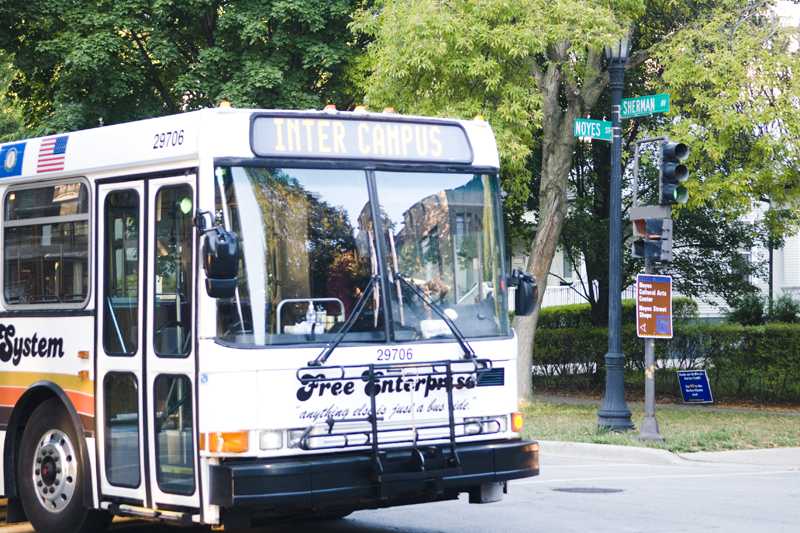 The campus shuttle stop near the intersection of Sherman Avenue and Noyes Street was at the center of a city-led debate this summer. NU and officials agreed to move the stop across the street from its previous location.

A city-led debate over campus shuttles appears to have ended —  at least for now — after Northwestern agreed to move a stop across the street from its old location.

In response to noise complaints from residents living near near the intersection of Sherman Avenue and Noyes Street, University and city officials discussed the issue over the summer and agreed to move the stop.

Although when she brought the issue before City Council on Aug. 12 Ald. Judy Fiske (1st) suggested rerouting the Evanston Loop Shuttle and Intercampus Shuttle routes to bypass Noyes Street entirely, administrators and city officials ultimately decided that was not a viable option.

Other streets near Noyes were either too small or busy to accommodate a shuttle stop, Peters said. Moving the stop across the street takes into account both students’ and residents’ concerns, he added.

The University is looking into new equipment that would reduce the noise generated by shuttle engines, which Peters said is one of the central sources of residents’ complaints. He said he hopes to hear back from the company that runs the shuttles regarding the new devices this week.

Associated Student Government president Ani Ajith met with aldermen over the summer to discuss the issue. Although eliminating the westbound stop near the intersection of Sherman Avenue and Noyes Street and consolidating it with the southbound one across the street seems to have solved the problem, the University and ASG will continue monitoring the situation, he said.

“It’s something that we’ll have to keep checking back in on,” Ajith said.

At its Aug. 12 meeting, City Council set up a subcommittee to consider changes to the shuttles.

However, the issue was resolved before the subcommittee could meet in public. Fiske and city manager Wally Bobkiewicz decided there was no reason for the subcommittee to convene once the decision was made to move the shuttle stop, Peters said.

“It never met,” Peters said of the panel. “Hopefully … it will never need to meet.”