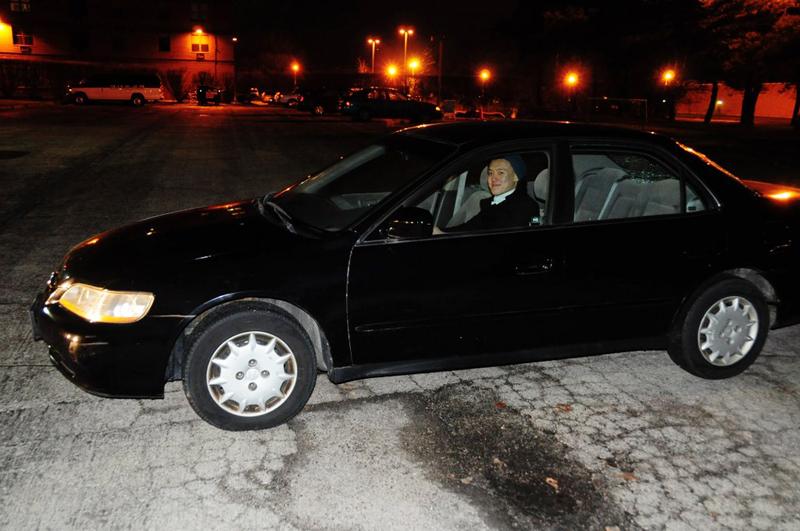 Jesse Heng sits in his car. Heng was the first recipient of a car from The Road Less Traveled Fund, which seeks to provide low-income people with transportation to get to school or a job.

On her way to an amusement park to celebrate her 16th birthday, Aiyana Ross, a high school junior from Chicago Heights, Ill., received a phone call from Joseph Lee (Weinberg ’09), who informed her that she had won a car.

Ross received her car from Lee’s organization, The Road Less Traveled Fund, which he founded in 2012 to provide vehicles to worthy students who struggle without an efficient means of transportation.

“I was ecstatic,” Ross said. “I just screamed, and I was jumping up and down and hugging my mom.”

Inspired by his experience with Teach For America, Lee wanted to help lessen disparities in Chicago-area neighborhoods. Lee, now a third-year medical student, said he realized while teaching there is no better way to extend opportunities for success to students than through donation of a vehicle.

“Not only is it dangerous for students to take public transportation, but it also just takes much, much longer,” Lee said.

The Des Plaines, Ill.-based Road Less Traveled Fund solicits donations from the community, aiming to raise $5,000 to purchase a car for each student.

Applicants must be Chicago-area college or high school students who have shown achievement in academics and community service. Students apply during the summer by writing essays about how a car would help their community. True to the foundation’s name, applicants also relate Robert Frost’s poem “The Road Not Taken” to their own lives.

Lee’s program has already helped two students. Jesse Heng of the University of Chicago was the first to receive a car from the Road Less Traveled Fund last winter. On Sept. 1, Ross, a junior at Bloom High School in Chicago Heights, was informed she is the 2013 recipient.

“I applied to The Road Less Traveled Fund because it was an opportunity for me to explain how a car would benefit me and my family and how I would take it further than just going where I wanted to go,” Ross said.

In her application essay, she wrote of her desire to drive her 9-year-old sister to school during the winter months because her school is unable to provide buses, as well as her wish to drive her grandmother, who is recovering from back surgery.

She is scheduled to take her driving test in the next few weeks and will receive her car Dec. 1.

“I didn’t know that opportunities like this were available,” Ross said. “It’s just really awesome to know there are people out there to think of stuff like this.”