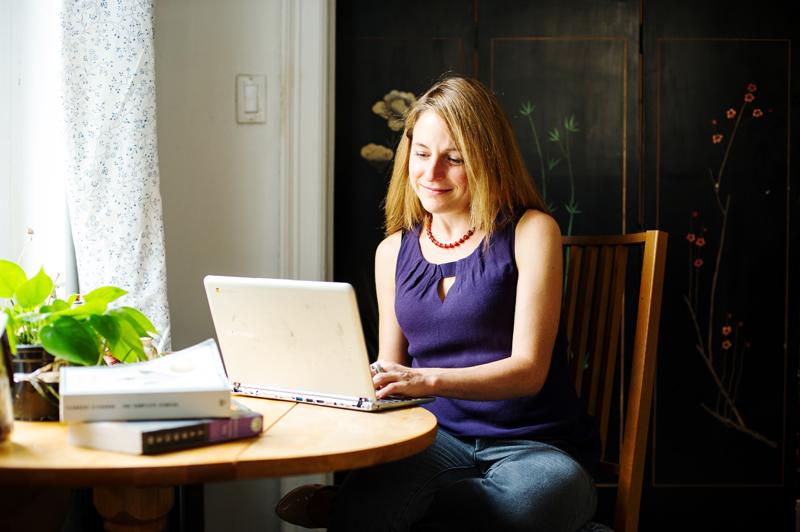 Karen Russell (Weinberg ‘03) was named one of 24 winners of 2013 MacArthur Foundation Fellowships last week. Russell, a fiction writer, is an alumna of Northwestern’s creative writing program.

Northwestern alumna Karen Russell (Weinberg ’03) reached a peak in her writing career earlier this month when she won the prestigious MacArthur Foundation Fellowship, and the professors that taught her a decade ago are pleasantly surprised.

“She’s very deserving,” English Prof. Brian Bouldrey said. “I hope she can put (the fellowship) to great use.”

Russell, who graduated with a B.A. in English and Spanish and went on to pursue a Master of Fine Arts at Columbia University, was one of 24 fellows named Sept. 24. With the “Genius Grant” comes a $625,000 stipend paid over five years that Russell is free to use as she wishes to advance her career.

As a fiction writer, Russell was named for her “haunting yet comic” stories that “blend fantastical elements with psychological realism and classic themes of transformation and redemption,” the MacArthur Foundation wrote on its website.

Bouldrey said he remembered those types of elements from Russell’s writing when she participated as an undergraduate in NU’s creative writing program.

“She wrote with humor, wit and charm in her emails,” Bouldrey recalled. “I could tell her writing was going to be that way.”

Bouldrey worked with Russell during the second half of the two-part program. He said Russell stood out to him.

“She could easily write at the novel level,” he said. “Some are good at short stories; she was good at them. But not everyone can write longer.”

Russell has written award-winning short stories and novels. Her two short story collections have been named to various bestseller lists. She was also named on The New Yorker’s prestigious “20 Under 40” list in the 2010 Summer Fiction Issue. Her first novel “Swamplandia!” was named a finalist for the 2012 Pulitzer Prize for Fiction.

English Prof. Sheila Donohue was Russell’s teacher in Theory and Practice of Fiction, the most advanced writing class that NU has to offer for students majoring in creative writing. The talent that Russell presented in the class — which only admits 15 students per quarter — was promising, Donohue wrote in an email.

Donohue characterized Russell as clear in her “devotion to the life of the writer” and her stories as “riveting, packed to the brim with character and detail, lush, and always surprising.”

Donohue, who says she still keeps in touch with Russell and always looks forward to congratulating her on her latest successes, said she had nothing but admiration for her former student.

“There are a multitude of remarkable books published every year that go uncelebrated,” Donohue wrote, “and when this kind of accolade is given to one so young and so fine a writer, we can only feel our faith in the continuation of literature renewed.”