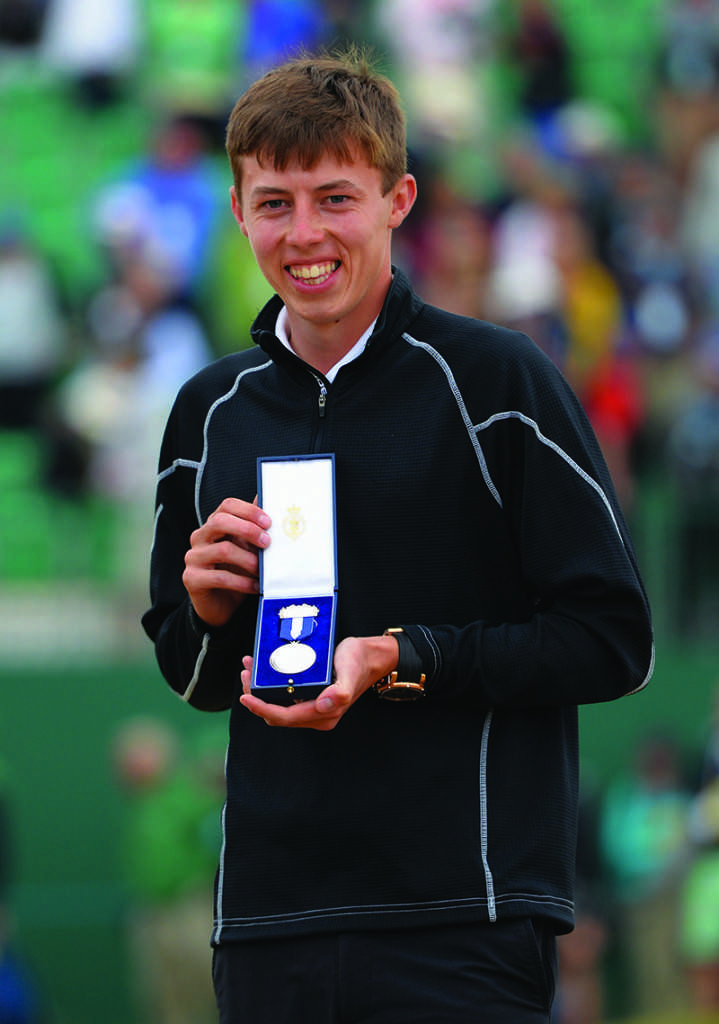 The team’s lone freshman, Matt Fitzpatrick arrived with a resume far beyond the average first-year athlete. He was ranked the world’s best amateur and won the U.S. Amatuer Championship in August 2013. Last weekend he placed third overall at the Windon Memorial Classic after teammate Jack Perry.

On Nov. 14, 2012, Northwestern announced it had signed the 11th best amateur golfer in the world.

The player was Matt Fitzpatrick, and on that date his best win was the British Boys Amateur Championship. Some 303 days later, Fitzpatrick teed off for the first time as a member of the Wildcats, but when he hit his first shot he was a marked man.

“We knew he was going to be a great player,” coach Pat Goss said. “Did I think he could be the best amateur in the world by the time he came here? I don’t know if I ever thought about it, but I did think he would continue to improve and make a significant impact on our program.”

In the months after signing his letter of intent to come to Evanston, Fitzpatrick has set the golf world on fire. It all started when he won the Silver Medal at The Open Championship as the low amateur, finishing in a tie for 44th after finishing 10-over-par for the entire tournament. After beating some of the best professionals in the world, Fitzpatrick finished second in the England Men’s Amateur Championship.

However, he may have saved some of his best golf for last. Fitzpatrick came in with the third best score in the stroke play portion of the U.S. Amateur Championship and then won six match-play contests to win the event. He finished his summer by being part of the Great Britain and Ireland team at the 2013 Walker Cup, the biannual matchup between the best amateurs in the United States and Great Britain and Ireland, winning three of his four matches, although the United won the competition.

It may have been a great summer on the course, but Fitzpatrick said it was a lot to deal with off the green.

“(The worst part has been) just being busy and not having time to sit down and, especially since I’ve been here, not having time to speak to family and friends back home,” Fitzpatrick said. “Other than that, I’ve loved every minute, and it’s just nice to have a change in what I’ve been doing at home.”

Senior Jack Perry played in the U.S. Amateur at The Country Club in Brookline, Mass., and saw firsthand the conditions that Fitzpatrick had to face to win his title. Perry said it gave him much more of an appreciation for his teammate’s accomplishment and talked about how well the course played to Fitzpatrick’s strengths.

Perry and Fitzpatrick are expected to be a formidable duo for opposing teams to deal with, and both Goss and Perry said the formula played out well at the Windon Memorial, where Perry finished second and Fitzpatrick third. The senior said he was not intimidated by Fitzpatrick’s success and will take the opportunity to try to improve his game by playing alongside the U.S. Amateur champion.

“You can either look at it like he’s taking my No. 1 spot or take it as a challenge and someone to learn from,” Perry said. “It’s definitely fun to have him on the team and see what I can learn from him and see if we can egg each other on to be better and better.”

Perry said he received a lot of questions about Fitzpatrick during the first two tournaments, with other players curious about what the U.S. Amateur is like. He said he just tells people he’s a “great player,” keeping up the mystique of tee-ing off against the world’s best.

After playing at the Windon on Monday, Fitzpatrick has a break from competition for the first time in a long while. The freshman dove headfirst into classes, which began Tuesday, and said with all the chaos of the summer, he actually was looking forward to starting school — even if he doesn’t know what he’s majoring in yet.

“It’s going to be different, that’s for sure,” Fitzpatrick said. “It’s all new to me, and I don’t have much idea what to expect.”