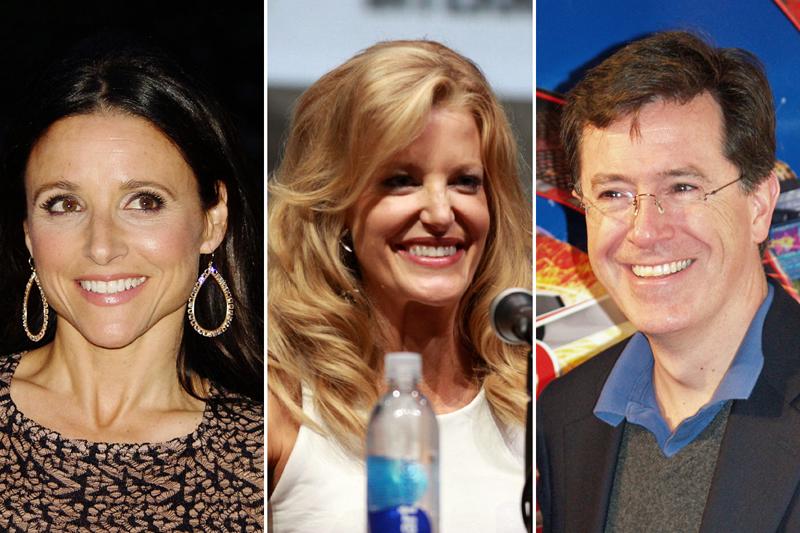 Anna Gunn (Communication ’90) took home the Emmy award for best supporting actress in a drama series for her work in AMC’s “Breaking Bad,” while Julia Louis-Dreyfus (Communication ’83) was awarded best lead actress in a comedy series for her starring role as the title character in HBO’s “Veep.” Stephen Colbert (Communication ’86) ended Jon Stewart’s 10-year reign as the winner in the best variety series category for his daily Comedy Central political satire, “The Colbert Report,” which also won best writing for a variety series.

Laura Linney, who attended NU before transferring to Brown University, won best lead actress in a miniseries or movie for her performance in Showtime’s “The Big C: Hereafter.”

Colbert, one of the School of Communication’s most visible alumni, last returned to campus in 2011 to give the annual commencement address.

Louis-Dreyfus delivered a commencement address of her own in 2007 and also came back to NU last year to speak on a panel with her husband, Brad Hall (Communication ’80).

Gunn, whose run as the wife of a teacher-turned-drug-lord ends Sunday when the show’s finale airs, told The Daily in 2010 that she lived in Jones Residential College as a freshman and was first cast in Walton Jones’ musical “The 1940s Radio Hour.”

This year’s Emmys are Colbert’s sixth and seventh. Louis-Dreyfus has now won four, and Gunn’s trophy was her first.