Football: Sophomore safety Traveon Henry adjusts on and off the field 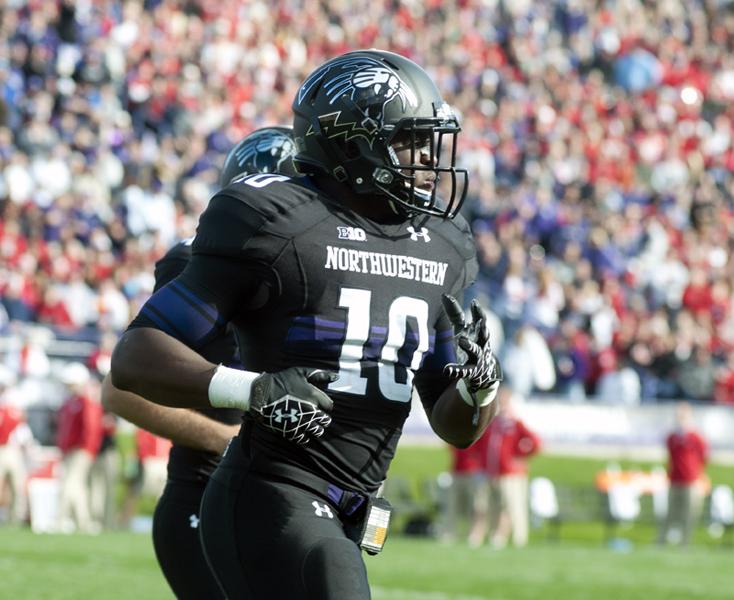 Despite powerhouse options in his home state, sophomore safety Traveon Henry chose jackets and scarves for his chance to compete on a forward-looking Wildcat squad.

Growing up in South Florida, there are three teams every young football player dreams to play for: Miami, Florida or Florida State.

Each school is rich with its own football history. Miami won multiple championships from the ’80s through the early 2000s. Florida State employed the winningest coach of all time, Bobby Bowden. And Florida introduced the world to perhaps the greatest college football force of all time, Tim Tebow. The three schools are also in the top 12 in terms of current alumni in the National Football League.

“A lot of people just looked at me and said, ‘What is Northwestern?'” recalled Henry, who grew up in Lauderdale Lakes, Fla. “(But) I saw a program on the rise. I saw an opportunity. When I look back, I’m really happy I made this decision.”

Henry admitted to not knowing about NU until the school began recruiting him. It was after that process kicked off when Henry did his own research, talking to his teachers at Pine Crest School and growing to love the Big Ten’s smallest university. Ultimately, Henry chose NU over schools like Duke and Florida State.

His choice serves as a barometer of the Wildcats’ new reach in football. The sophomore became one of a few recruits to choose NU over a local powerhouse, a key to the program’s hope of sustained success in the Big Ten.

In high school, Henry dominated on both sides of the ball. In 2011, he was the Miami Herald Athlete of the Year. That year, he played running back, receiver and safety.  Henry also earned first-team, all-state honors in football and basketball in 2010 and 2011.

But for Henry, leaving South Florida for the Midwest brings more challenges than just knowing the defensive assignment.

“I had a few coats, but when my parents visited, I told them I needed more. We had to do a lot more shopping,” Henry said. “My first winter was a struggle. I wasn’t used to not seeing the sun for months on end.”

While Henry, currently undecided on his major, continues to adapt off the field, it’s clear that he’s always been comfortable in between the sidelines.

Last year, Henry was one of only four true freshmen to actually play for the Cats. Playing on special teams and a reserve role on defense, Henry contributed to many notable games. Against Indiana, he stepped in for an injured Ibraheim Campbell and notched 5 tackles and a pass breakup. After a road game in Michigan, coaches named Henry the Special Teams Player of the Week.

This season, Henry has already contributed one of the defense’s top highlights. In the home opener against Syracuse, Henry corralled an interception that masterfully combined instinct and awareness. After reading the quarterback’s eyes, Henry darted from the middle of the field to the sideline, picking off the ball while tapping his feet in bounds, describing the play after the game as “a squirrel going after a nut.”

“(Our safeties) have to be really fundamentally sound,” coach Pat Fitzgerald said. “I think (Henry) avoided the sophomore jinx. He’s progressing at a really solid level.”

Henry credits his progression to learning from older statesmen on the team. Henry said junior safety Campbell helps keep him accountable for all of his plays. He still prepares for games by watching film with graduated safety Jared Carpenter, the MVP of NU’s Gator Bowl win.

However, Henry believes it’s his family that ultimately drives him to succeed in every game.

“My family has been there for me throughout everything,” Henry said. “They’ve really supported me no matter what decisions I’ve made. I try to represent the name on the back.”