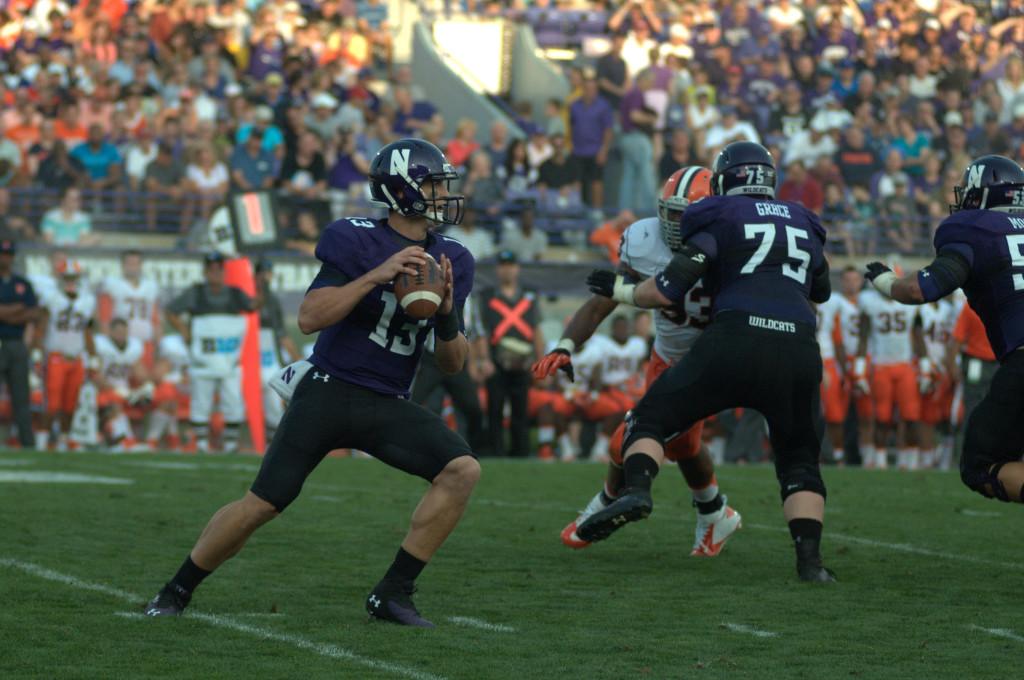 Northwestern junior quarterback Trevor Siemian drops back to pass. Siemian and senior Kain Colter combined to throw for 375 yards against Syracuse on Saturday.

Northwestern took care of business Saturday, defeating Syracuse 48-27. The Wildcats were led by surgical execution from their offense, which put up 34 points in the first half alone.

NU’s quarterbacks excelled at throwing the ball all over the field. Junior quarterback Trevor Siemian and senior quarterback Kain Colter combined to complete 30-of-37 passes for 375 yards and four touchdowns. Each successfully led multiple long scoring drives throughout the game.

“Great team win,” coach Pat Fitzgerald said. “I give a lot of credit to Syracuse. I’m really glad that the series is over. These have been really hard-fought games for us.”