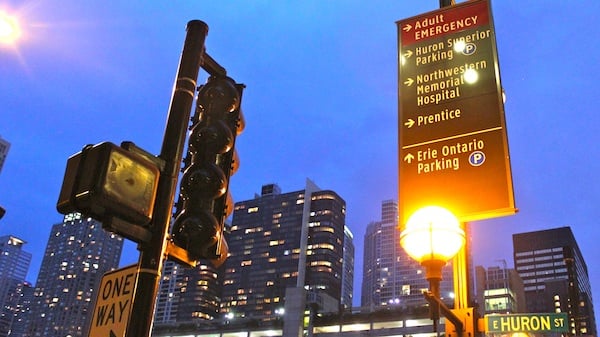 Protesters planned to camp outside Northwestern Memorial Hospital on Sunday night. They said they have not seen evidence of the hospital's claim that it has changed its policy on transplants for patients without legal residency in the country.

The death of a young woman who illegally lived in the country has intensified criticism of Northwestern Memorial Hospital’s organ transplant policy, leading to a seven-mile march Sunday.

The family of Sarai Rodriguez says it holds the hospital accountable for her death Friday, saying the hospital rejected her requests for a life-saving liver transplant in March. Enraged by Rodriguez’s death, 40 protesters marched for five hours from Our Lady of Guadalupe Anglican Catholic Mission in Chicago’s Little Village neighborhood to the hospital, demanding it provide organ transplants to patients without legal residency.

Read more about the patients march to Northwestern Memorial Hospital.