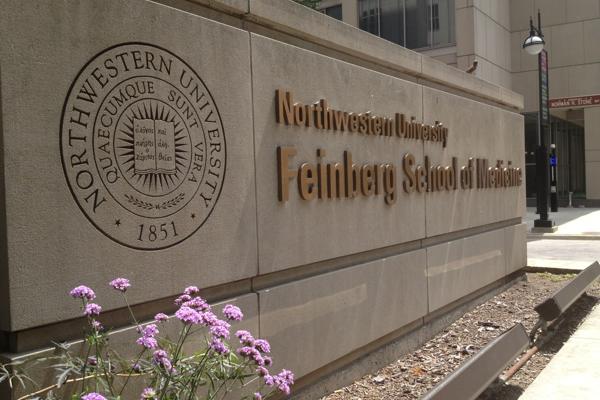 Northwestern ignored a whistle-blower’s concerns that a cancer researcher was billing personal expenses and phony consulting fees to federal grants, according to a civil lawsuit unsealed last week.

The U.S. Attorney’s Office announced Tuesday that NU will pay the federal government nearly $3 million to settle claims that it allowed Dr. Charles Bennett to ask the National Institutes of Health to reimburse him for family trips, hotels, meals and personal travel. Bennett, a former physician at NU’s Robert H. Lurie Comprehensive Cancer Center in Chicago, also used the federal dollars to pay for consulting fees from his unqualified brother and cousin, the U.S. Attorney’s Office said.

The alleged misconduct came to light after temp worker Melissa Theis noticed “red flags” on Bennett’s invoices and reimbursement requests, according to the complaint. Although Theis brought her concerns to her supervisor and the NU office responsible for monitoring such activity, the lawsuit said that the University “refused to seriously address the issues.”

NU did not admit to any wrongdoing as part of the settlement, which awards nearly $500,000 out of the $2.93 million to Theis. The settlement also resolves similar claims against a colleague of Bennett who oversaw four times as much grant money as Bennett did during a seven-year period beginning in 2003.

Still, University spokesman Al Cubbage said last week that the allegations were “at odds” with the school’s commitment to the proper administration of federal grants.

“The University has elected to settle the case rather than engage in protracted litigation that would divert time and resources from its primary missions of education and research,” Cubbage said in a statement.

He declined to comment Thursday on the specific charge that Theis’ findings fell on deaf ears among her bosses.

Linda Wyetzner, Theis’ attorney, said her client is “glad she did the right thing,” even if meant going up against a prominent academic and his well-connected employer.

“One of the things that’s most special about Melissa is that she’s someone who saw something go wrong and she did something about it,” Wyetzner said.

Theis joined the Feinberg School of Medicine as a hematology and oncology purchasing coordinator in November 2007, according to the lawsuit. Three months later, she started working full-time for the Northwestern Medical Faculty Foundation, in charge of reviewing and processing invoices and travel reimbursement requests from NU researchers working on public and private grants.

Theis “almost immediately” spotted suspicious activity on Bennett’s paperwork, the lawsuit said. Theis alleged that Bennett submitted reimbursement claims “significantly in excess” of his original budget, and many of his vendors and consultants did not fully explain what they did for him. Theis also noticed that Bennett would use leftover grant money to boost his salary at the end of funding cycles, according to the lawsuit.

In September 2008, Theis brought her concerns to a supervisor, and she and a co-worker reached out to NU’s Accounting Services for Research and Sponsored Programs office, according to the lawsuit.

“Despite her efforts, Northwestern refused to seriously address the issues she had brought,” the lawsuit said.

Theis left her job a month later, citing NU’s “apparent failure to properly investigate and take corrective action” regarding Bennett’s misspending, according to the lawsuit.

Theis’ allegations, filed under seal in 2009, led to an investigation into NU’s grant administration that involved the U.S. Attorney’s Office, the U.S. Department of Health and Human Services Office of Inspector General, FBI and National Institutes of Health.

The lawsuit targeted a seven-year period beginning in 2003 during which Bennett was listed as the primary investigator on $8 million in research grants. During that time, the U.S. Attorney’s Office said he was researching adverse drug events, multiple myeloma drugs, a blood disorder known as thrombotic thrombocytopenic purpura and quality of care for cancer patients.

Overall, Bennett was part of a “broad-based scheme to submit and receive” reimbursement for grant costs he knew were against federal rules, according to the lawsuit. Bennett was accused of improperly spending federal dollars on family trips, hotels, food, subcontracts, personal travel on a “nearly weekly basis” and other “highly excessive” expenses.

Prosecutors also zeroed in on Bennett’s use of consultants, some of whom the U.S. Attorney’s Office said were family members with no relevant knowledge of his research. For example, in 2008, Bennett signed off on $250,000 in federal money to pay consultants who were never included in his original budget, according to the lawsuit.

The lawsuit alleged that NU failed to keep tabs on Bennett and Feinberg Prof. Steven Rosen, who was listed as the primary investigator on $32 million in research grants during the same period.

It would not be the first time a whistleblower lawsuit resulted in federal scrutiny of NU. In 2003, the University agreed to pay the United States $5.5 million to settle claims that it embellished federal grant applications to receive more money than it was lawfully entitled.

The settlement announced last week clears all current NU faculty members of any wrongdoing, including Rosen.

The claims against Bennett, who left NU in 2010, have not been settled. Cubbage declined to comment on Bennett’s departure.

Bennett now teaches at the the South Carolina College of Pharmacy at the University of South Carolina, where he holds an endowed chair and makes more than $200,000 a year, according to public records. A USC spokesman was not available to comment Friday.

James Becker, Bennett’s attorney, has said his client denies the allegations and is working to resolve the issue. If found guilty, Bennett would have to pay back as much as triple the amount of the actual damages and a maximum $11,000 penalty per violation.

In a statement Friday, NU officials including University President Morton Schapiro reiterated that the school did not admit liability in the case, saying that “there is nothing about the settlement … that should diminish the pride and confidence that all of us” have in NU’s research.