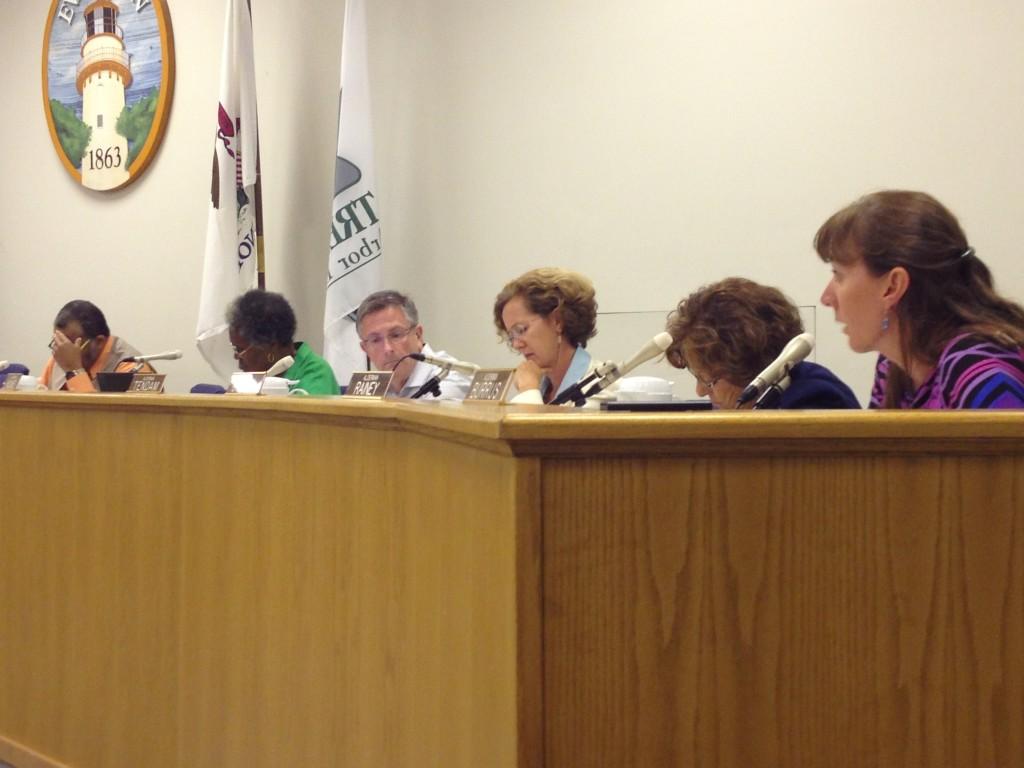 Hundreds of people packed Evanston’s City Council chambers and overflow seating Monday night, dozens of them ready to condemn the city’s flirtation with a $1.2 million proposal to transform the Harley Clarke Mansion into an upscale hotel.

The concerned residents did not have to waste their breath, though. Aldermen rejected the controversial bid by Evanston billionaire James N. Pritzker within the first 20 minutes of their weekly meeting, at least temporarily hushing a heated debate over the city’s commitment to its lakefront property.

“The simple fact of the matter is blame me if you’re concerned there is a proposal before us,” she said. “His proposal is not what I had anticipated, and I do not believe we should sell public land, nor do I believe that this council intends to sell public land.”

After the meeting, Tisdahl told reporters she was one of two people at a social function who told Pritzker he should turn the historic building into a bed-and-breakfast. She said she could not recall whether the encounter was before or after the city’s formal request for bids in November of last year.

Tisdahl has said the city can no longer afford the deferred maintenance costs of the landmark mansion, which currently houses the Evanston Art Center.

The reuse plan the Pritzker-led Tawani Enterprises Inc. returned to the city included a 57-room boutique hotel with underground parking. It remained unclear how much public access to the adjacent Lighthouse Beach would be preserved under the outline, which also offered less than half of the property’s appraised value of $3 million last year.

Alds. Jane Grover (7th), Judy Fiske (1st), Perter Braithwaite (2nd), Melissa Wynne (3rd), Donald Wilson (4th) and Mark Tendam (6th) sided with Tisdahl in opposing the potential sale to Pritzker. They all agreed the city should not sell public land, even if Pritzker, a heir to the Hyatt Hotel fortune, has an impressive record of managing real estate.

Ald. Coleen Burrus (9th), who supported the Pritzker bid with Alds. Ann Rainey (8th) and Delores Holmes (5th), said the mansion desperately needs $10 million in repairs and is a minor issue relative to the city’s crime and finances.

“My concern has always been that it’s not an asset. It’s a liability,” Burrus said. “It’s a severely deteriorating building.”

Aldermen repeatedly acknowledged the spirited discussion surrounding the issue. By the time the council convened Monday night, a Facebook page against the possible sale had more than 1,100 likes, and a related petition had been signed more than 2,000 times.

(Tisdahl responds to petition against sale of Harley Clarke Mansion)

While explaining her vote, Burrus drew scattered boos for suggesting opponents of the Pritzker proposal knew they were spreading “misrepresentations.” Grover, whose ward includes the mansion, said she heard enough misinformation about the issue to regret not holding a public hearing when Pritzker’s bid came back.

The council’s rejection of the Tawani proposal gradually cleared the chambers and overflow area, with a majority of the more than 90 people signed up to voice their opinion passing on the opportunity.

Minutes after turning down the Pritzker bid, aldermen unanimously agreed to find a new use for the property that does not include selling public land. Critics of the Tawani plan welcomed the reopened process, including 38-year resident Eve Epstein.

“We were not just here to say no. We were not here merely as naysayers,” Epstein told aldermen. “We are here to work with you, to partner with you and all Evanstonians.”

Not every speaker was thrilled with the council’s decision to decline the Tawani bid.

Other residents were hopeful that the months-long controversy would persuade the council to be more transparent. Fiske urged her colleagues to take a closer look at how they disclose bids and whether they can “open up the dialogue a little more.”