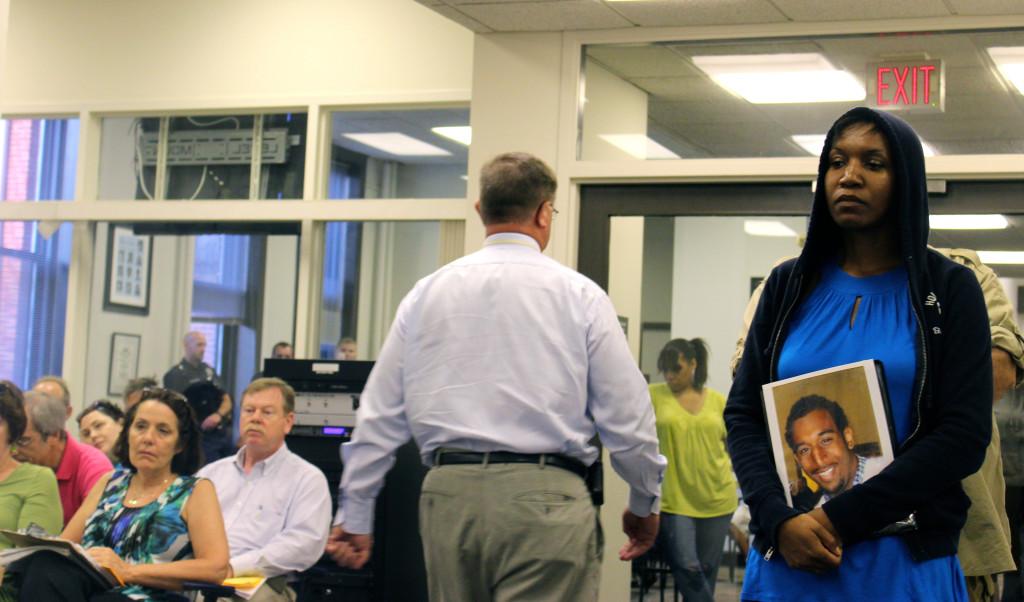 Evanston anti-violence activist Carolyn Murray waits to speak at Monday's City Council meeting while holding a picture of her slain son Justin. Murray referred to the controversial verdict in the George Zimmerman trial in her argument for aldermen to pass an assault weapons ban.

The ordinance bans the possession, transfer, sale or display of assault weapons within city limits, with exceptions for law enforcement and military personnel. The legislation approved by the council permits federally licensed firearms collectors to own assault weapons, a significant change from the original draft. Last week, Ald. Don Wilson (4th) moved to postpone the council’s vote so amendments could be made.

Evanston enacted the ordinance thanks to a loophole in Illinois’ new concealed-carry law that allows local municipalities to criminalize assault weapons as long as any ban is passed within 10 days of the state legislation. Aldermen approved Evanston’s ban with three days to spare before the state deadline.