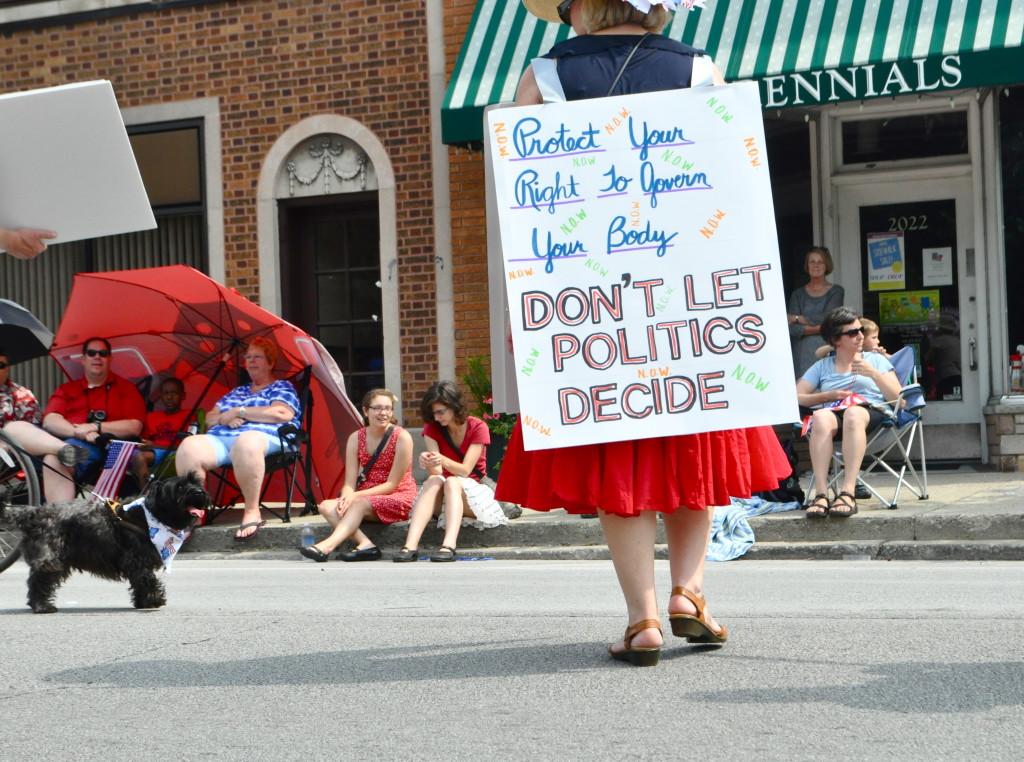 A representative from the National Organization for Women joins other groups advocating for abortion rights, including the Pro-Choice Coalition, in Evanston's July Fourth parade on Thursday. Some residents said the parade has gotten too political in recent years.

Carol Joseph, 53, grew up in Evanston watching her neighbors build their floats every year. She now returns to the parade with her husband to see how much the it resembles the one of her youth.

“There’s a lot more politicians than there used to be,” Joseph said. “They used to have all these fun things you’d look forward to as a kid… and [they] don’t have that anymore.”

An Evanston resident since birth, Carl Ekman, 77, has celebrated July Fourth in the city for 65 years and seen the parade almost every year.

As Ekman watched the parade outside his apartment building on Thursday, he flipped through its program, counting the names of trustees, lawmakers, judges and activists. He shook his head.

“Now there are only three or four bands and more political things,” Ekman said.

However, not everyone was bothered by the parade’s political participants.

Like Ekman, Bill Casper, 65, has been attending the parade since childhood. He said does not mind the politicians.

“I think it goes with the territory,” Casper said. “I’m surprised there aren’t more.”

Rosie Rees, 62, said politics is a natural part of the community the parade celebrates.

“You’re (happy to clap) for the groups that you support,” said Rees, who has been going to the parade for 26 years. “And the groups you don’t support you just very quietly … watch them go by.”