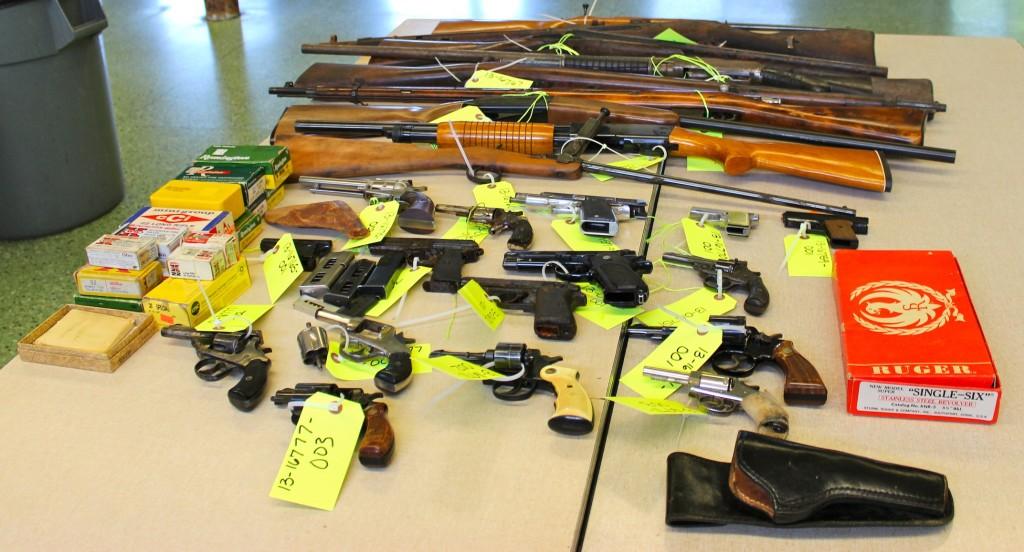 Police officers displayed the firearms they collected at Evanston's second gun buyback event on Saturday. Police Chief Richard Eddington said he hopes to make the service available to residents on a daily basis.

A stolen handgun was among the 28 firearms netted at Evanston’s second gun buyback event on Saturday, police said.

The handgun was reported stolen in Chicago 17 years ago, police said. Its owner will not be investigated because the buyback program grants amnesty to encourage participation without fear of police action.

Residents received $100 for each firearm they turned in on Saturday.