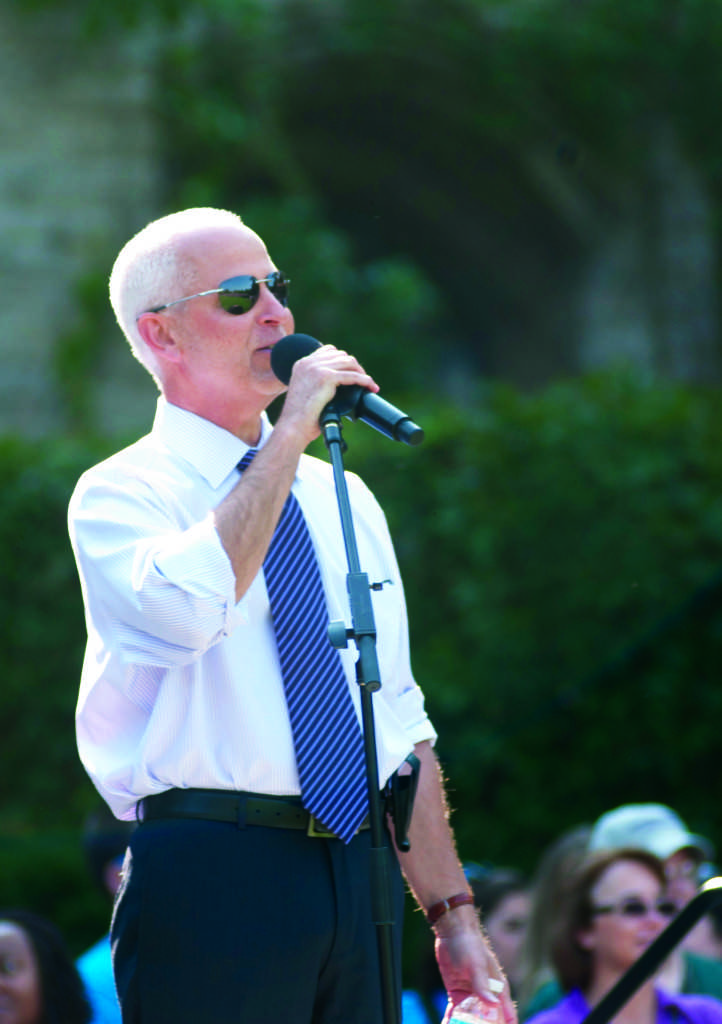 University President Morton Schapiro came to Northwestern from Williams College in 2009. He has made it his goal to bring more "third spaces" to campus, or places where students can study and socialize.

Along with the current class of graduating seniors, Northwestern President Morton Schapiro entered campus in fall 2009. Schapiro brought a background in economics of higher education, and experience as president of Williams College. He implemented a focus on adding “third spaces” for NU students to socialize and study, and has spearheaded major fundraising and construction projects.

Incidents of racial and cultural insensitivity seemed to dominate campus conversation during the last four years, coming to a head in spring 2012 with a “Beer Olympics” party that, featuring racially insensitive costumes, became dubbed the “Racist Olympics.” Other issues have included a Latina student being mocked on her way home, and NU maintenance worker Michael Collins finding a teddy bear hanging in his office as if it had been lynched in December 2012.

The NU community was stunned in late September when incoming McCormick sophomore Harsha Maddula went missing after a night of socializing. His body was found five days after his disappearance in Wilmette Harbor. Alyssa Weaver, a Weinberg junior, was studying abroad in London when she committed suicide in November. Dmitri Teplov, a McCormick sophomore, was found dead in Pancoe Hall on the morning of May 5 with a suicide note in his pocket.

In February 2011, Prof. John Michael Bailey’s 600-person Human Sexuality class, one of the most popular at NU, held an optional after-class lecture on sexual diversity, in which a couple discussed and then demonstrated exhibitionism and the female orgasm using a motorized sex toy. News of the demonstration spread around campus and then to national media. The University canceled the class for the 2011-12 school year.

David Protess, former head of the Medill Innocence Project, retired from NU in spring 2011 in the wake of University accusations that he had doctored emails and withheld documents from prosecutors who accused the 29-year professor and his students of ethical misconduct in investigating a murder conviction. The Medill Innocence Project continues under new direction and with different rules, but the controversy cast a wide shadow.

NU disaffiliated with the Tannenbaum Chabad House and Rabbi Dov Hillel Klein on Sept. 11, 2012. An investigation found the rabbi guilty of violating NU alcohol policy. After the decision, students and alumni rallied around Klein, signing a petition voicing their dissatisfaction.