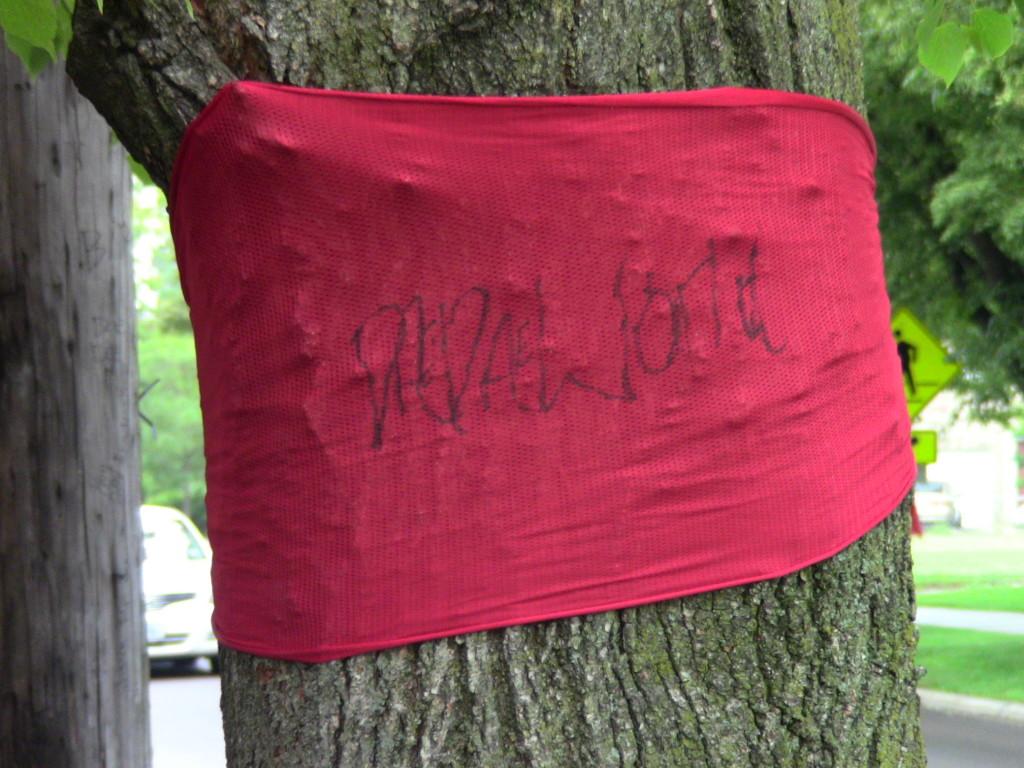 Evanston residents paid tribute Saturday to Dajae Coleman, a 14-year-old boy who was killed in the 1500 block of Church Street. "Dae Dae World" is written on a red cloth on a tree near the site of the fatal shooting last fall.

Members of the Dajae Coleman Foundation met for the first time Saturday and prepared to launch youth-oriented initiatives in memory of the Evanston teen who was killed last fall.

Friends and family of the 14-year-old Dajae, affectionately known as “Dae Dae,” gathered at the Mason Park field house at the corner of Church Street and Florence Avenue. The kick-off event was held about a block away from where police believe the Evanston Township High School freshman was mistaken for a gang member and fatally shot in September.

Tiffany Rice, Dajae’s mother, said she started the foundation to find ways to steer young people away from destructive lifestyles.

“Part of it is just to unite a community of youth really affected by recent acts of violence,” Rice said. “I always had a vision since he passed to continue his legacy.”

Rice partnered with Hecky Powell, founder of the Forrest E. Powell Foundation and owner of Hecky’s Barbecue, 1902 Green Bay Road, to set up the foundation in February. The foundation offers a scholarship called the “Dajae Coleman Achievement Award” to a student at the end of freshman year and will also organize “Dae Dae World Weekend” to mark the one-year anniversary of Dajae’s death in September.

Rice said she plans to work with the Evanston Public Library to start an online book club focusing on the four books Dajae had checked out before he died. She said she also hopes to prepare teens for life beyond high school through a program called “College Bound Ready,” which educates students on skills they will need when they leave home, from balancing finances to washing laundry.

Maura Bowen, youth minister at the First Church of God, said the programs will engage young people in a community that does not always find ways to do so.

“(They will get) Evanston youth back together where they learn to appreciate life more and value the things Dajae valued,” said Bowen, a member of the foundation.

The programs started by the foundation embody Dajae’s energy and drive, his father Richard Coleman said.

“Seeing one of (their) peers achieve that high (of a standard) … is going back to having a bigger dream,” Richard Coleman said. “When they see something that Dae Dae did, they think, ‘I can do that, too.’”

Dajae’s grandfather Michael Rice said the outpouring of community support following the teen’s death is a testament to his character.

“His death has driven (Tiffany Rice), given her purpose,” Michael Rice said. “It’s bringing people together (and) keeping his name alive.”

Assistant summer editor Edward Cox can be reached at [email protected] Follow him on Twitter at http://www.twitter.com/EdwardCox2016.